Laurens set for Newcastle gallop ahead of Lockinge date 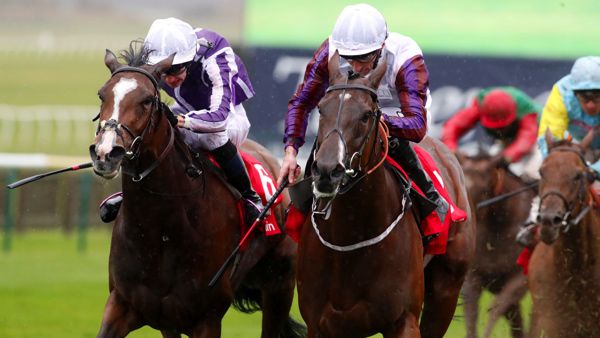 Laurens is set to have a racecourse gallop at Newcastle on Friday ahead of her seasonal reappearance in the Al Shaqab Lockinge Stakes after an intended workout at Haydock was shelved.

Karl Burke pulled the plug on a trip to Merseyside after his stable star suffered a slight bruise and it turned out to be a blessing in disguise as the Leyburn handler revealed he would not have put her through her paces on Saturday as it turned out.

“Laurens is in good form, she’s fine. She probably goes to Newcastle on Friday to have a gallop before racing,” said Burke.

“That is the plan and I’m very happy with her.

“I’m glad we didn’t take her as we wouldn’t have galloped her on the ground at Haydock anyway. She’d have been stood there in the freezing cold, doing nothing.

“It would have been an abortive trip, so it worked in our favour really.”

Though going to Haydock was part of Laurens’ preparation for the Lockinge, Burke is happy to give her a spin at Newcastle as the Newbury Group One is not until May 18.

“We’ve still have two weeks to the Lockinge so it’s fine to send her to Newcastle,” he said.

“The plan had been to go to Haydock for a while, but it didn’t work out. She actually cantered on Saturday at home anyway — she’s sound. It was just a little bang and we were being cautious really.

“After she’s been to Newcastle, she’ll need a couple of little pieces at home to put her right for the Lockinge.”