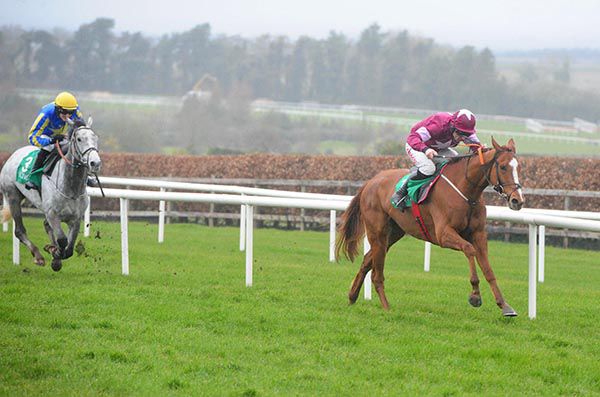 Final List gained a deserved success over timber when claiming the opening Toalsbet App Maiden Hurdle at Navan this afternoon.

Gordon Elliott's charge had finished half a length in front of Debuchet at Thurles last time and confirmed that form dropping back to two miles today.

Davy Russell settled behind the leaders on the 15/8 shot before moving up to press leader Outside The Ring three from home. At the same flight 7/4 favourite Debuchet dived at the hurdle.

Final List jumped into the lead at the penultimate obstacle and galloped on strongly in the closing stages to hold Debuchet by two-and-a-half lengths.

Elliott said:- “I’d say it’s the first day that he’s got the right track. He looked a different horse there today on a big galloping track. We’ll find a novice for him.”