Listen Dear back over fences at Ballinrobe 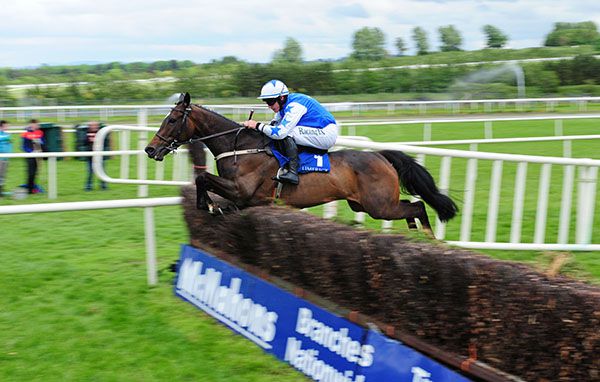 The Willie Mullins-trained nine-year-old is a Grade Three winner over hurdles and fences - having made a winning debut over the larger obstacles at this venue in the autumn of 2016.

She was placed on each of her four starts last year - including an odds-on defeat in this race — and signed off her campaign by finishing third behind Ballyoisin in the Grade Two Fortria Chase at Navan in November.

The daughter of Robin Des Champs made her return from a nine-month absence in a Flat maiden at Tramore almost a fortnight ago — but having cut out much of the running, she faded tamely to finish last of seven runners.

Members of the Supreme Horse Racing Club will be hoping that comeback run has blown away a few cobwebs for her return to jumping in County Mayo on Tuesday evening.

Steve Massey, racing manager for the owners, said: "She'd been off the track for quite a while before she ran at Tramore, having had surgery in the spring.

"We were delighted she was able to race again after that, and it was great to see her run with such enthusiasm for a long way at Tramore.

"It was an open day for our owners and it looked a good opportunity for us to have a runner, but she probably needed the run.

"She has been fine since, and it will be good to see her back over fences — because jumping is one of her big assets, touch wood."

Listen Dear, ridden by Paul Townend, is set to face five rivals — including her conqueror of last year in Tony Martin’s Rocky Court, the mount of Denis O’Regan.

The field is completed by Stephen Mahon's Carrig Cathal (Danny Mullins) and the Edward O’Grady-trained The West's Awake (Robbie Power) - who turns out again just four days after pulling up at Killarney.