Love The Melody makes all in Wexford finale 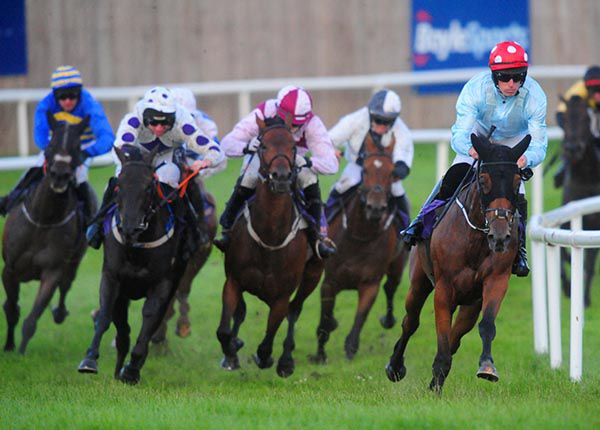 Love The Melody galloped her rivals into the ground, as she made all in the last at Wexford, the Irish Stallion Farms EBF Mares Flat Race.

Seventh on debut over the course and distance last month, the Pat Flynn trained five-year-old was sent off at 8/1 this evening with Barry O’Neill in the saddle.

Soon in a clear lead, the daughter of Mahler had all her rivals in troubling entering the straight and she kept up the gallop in the closing stages, going on to score comfortably by eight lengths. Blue Heather who was returned the 11/8 favourite, finished second under Mark O’Hare for Gavin Cromwell, while Conquering Tara (6/4) was a further half a length back in third.

Flynn, who trains the winner for owner Eoin O'Sullivan, said: "The last day she was pulling. We said we'd let her bowl along today so she wouldn't pull. The minute she got in front she just settled herself and that was it.

"He got a few breathers into her and she did it well. It's great to have another winner (also on the mark with Travelwise at Naas on Wednesday).

"We will leave her freshen up a little bit. She wants a good cut in the ground like that, it's lovely ground. She is a very nice mare and has a future."

The winner is a half-sister to The Conker Club who won four times for Bill Harney.

It was also a fourth success on the evening for horses trained in Co Waterford, following on from the victories of Boro Tari in the opener, Tintown Robin in the second and Arch Melody in the penultimate.