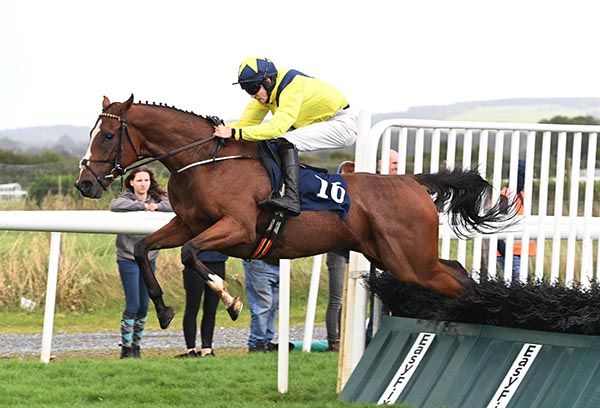 The 8/1 chance, available at double those odds overnight, was reappearing after a break of eight months and took control from before the last to beat Well Funded by a comfortable six and a half lengths.

The 15/8 favourite Golden Sandbanks could make no impression and was a head further back in third.

The victory completed a successful few days for O’Sullivan who partnered a double at Listowel on Friday including the valuable Ladbrokes Handicap Hurdle aboard Magnor Glory.

Connell said, “He was a shell of a horse last year and he ran in maidens at the good tracks. I thought 90 might be a bit hard for him on the basis of what he’d done but we left him out over the summer and he’s come back in a lot stronger.

“Hopefully he can go on from here. He won’t want bottomless winter ground and it was perfect for him today. We might step him up a little bit in trip.”