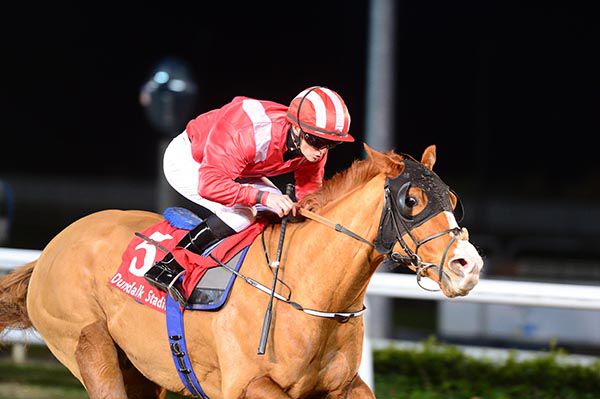 Sarah Lynam hopes her excellent grounding in the sport will stand her in good stead as the fledgling trainer eyes a breakthrough campaign in 2019.

Lynam is certainly bred to make it to the top as the daughter of Group One-winning trainer Eddie Lynam.

With her father having encouraged her to consider a career away from racing, Lynam earned a degree in Film Studies and French at Trinity College Dublin — but the lure of horses proved too much for her to resist.

She said: “My parents tried to steer me away from the horses as they know it can be a tough life. I was interested in film at the time anyway, but I couldn’t get horses out of my head.

“It was good to try something different as I think in racing we do live in a bit of a bubble. It’s good to experience different things.

“But I was just a bit too obsessed with horses and it’s done me no harm so far.”

As well as learning the trade from her father, Lynam has enjoyed spells with leading trainer and tutor Jim Bolger, the all-conquering Willie Mullins and the queen of Australian training, Gai Waterhouse.

“It was great for me to get out and learn. I was kind of being mollycoddled at home,” she said.

“A lot of people have been to Mr Bolger’s and it’s a great place to go and learn. I went there when I finished college and then I went to Willie’s for two years and I loved that. He had a lot of good horses and a lot of great staff, so that was a great experience.

“After that I went to Australia, which was something totally different.

“They’re all top trainers and all do things a bit differently, so you just try to take pieces from each and apply them as best you can.”

Like her father, Lynam trains out of Garrettstown House, Dunshaughlin in County Meath.

The horse that really put Lynam senior on the map was Sole Power, who sprang a 100-1 shock in the Nunthorpe at York in 2010 — a day his daughter recalls with fondness.

She said: “That was a brilliant day. Dad was always saying he was a very good horse, but I think he’d disappointed at Tipperary the time before.

“I remember screaming him home from the stands and knocking into Sir Michael Stoute on the way down!”

Sole Power went on to win another Nunthorpe four years later, claimed back-to-back victories in the King’s Stand at Royal Ascot in 2013 and 2014 and nailed his fifth Group One in the Al Quoz Sprint at Meydan the following year.

Lynam added: “He was a super horse — a pocket rocket. He and Richard Hughes looked very good together and Johnny Murtagh was great on him before that.

“We go and see him (Sole Power) from time to time. He’s as big as a house and out in a field with a few point-to-pointers and store horses.

“They don’t realise who they’re in with!”

Slade Power was another top-notcher for the team during the same period — completing the Diamond Jubilee-July Cup double in 2014.

“I maybe should have stayed in Australia a bit longer than I did, but dad had so much firepower at the time I wanted to come home,” said Lynam.

“Obviously there was Sole Power and Slade Power and there was Agnes Stewart as well, who won the May Hill and was second in the Fillies’ Mile.

“There were so many good horses at the time and we travelled a lot as well, with Sole Power and Slade Power going to Dubai and Hong Kong and Balmont Mast went to Singapore, which was really good.”

Eddie Lynam made his name with sprinters, but his daughter said: “I think people forget dad has had bumper winners and even chase winners, but I suppose he does have a magic touch with sprinters.

“I like any type of horse, to be honest. I suppose everyone wants a good middle-distance horse, but they are so pricey these days and you just take what you can get.

“I wouldn’t mind a good sprinter or a good stayer and I might think about taking out a dual-purpose licence at some stage.

Lynam decided to go it alone in 2017 and while she did not manage to get on the winner’s board in her first year with a licence, Musical Jewel got her off the mark when scoring at Sligo last June.

She went on to enjoy a Dundalk double five months later and ended 2018 with six winners in total.

Lynam has a team of 15 this year — including six two-year-olds.

Asked for a couple to follow, she said: “I have a Dream Ahead filly called Miombo who I think is quite nice. She might take a bit of time, but I like what she’s shown so far.

“Darkest Hour is another horse with plenty of ability. He’s owned by my uncle and was fairly pricey, so I hope he does well.”