Lyons and Keane double up with Who's Steph 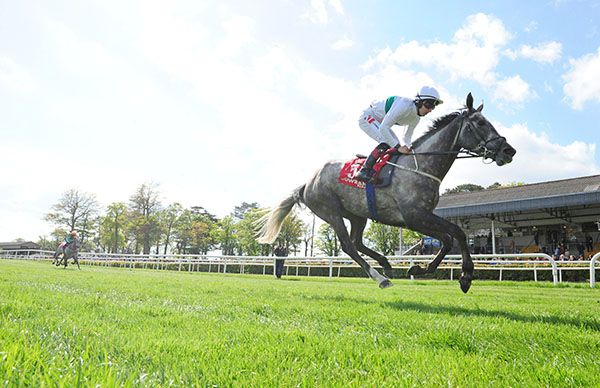 Who's Steph made all in the Listed fillies' and mares' race over an extended nine furlongs in Gowran Park to give Ger Lyons and Colin Keane a double on the card.

The four-year-old Zoffany filly went off 2/7 favourite to account for her four rivals as Surrounding was a notable non runner due to being in season.

She tanked along in the lead and had the opposition off the bridle turning for home. She steadily drew clear a furlong and a half down and motored home to win by an eased down eight lengths. Moteo came in second for John Oxx and Niall McCullagh at 10/1.

Assistant trainer Shane Lyons said: “You'd be very impressed with that. We're delighted with her.

“Going forward she is very ground dependent. Mr Strawbridge has been very good to keep her in training with us as a four-year-old and he's been very patient.

“She needs cut in the ground and she won't be running in all those good races if it's quick.

“She'll be even more effective over an extra furlong or two, even further going forward.

“It's all ground dependent and it's frustrating when you have a lovely filly like that but Mr Strawbridge has been very good to us and left it to us to find the right races with the right conditions and no pressure on us.

“One day it will be justified with her. She's obviously in the Pretty Polly and the Tattersalls Gold Cup but she'll not be going near them if it's good to firm.

“If it's yielding like that or soft we'd be very confident.

“Colin said she improved from the first day. She was gassy then and it obviously didn't help when she got wiped out on the first bend.

“She went down on her knees and that lit her up as she was fresh for her first run. That was a prep run as well and today he said she was a different filly.

“She should that day but she did win today and you'd have to be impressed with the way she did win.

“She got every bit of the trip last time and if today was a mile-four she'd be running in it, that's no problem.

“Today we would be worried that it's a bit short for her and that's why we were happy with the way she put it to bed.”