Market off the mark as Robcour's 'outsider' Party wins 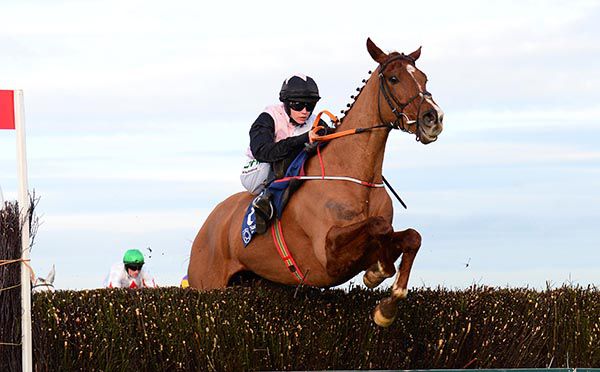 Poker Party one of two in the Free Trial At Racingtv.com/Freetrial Novice Handicap Chase, for owners Robcour, came out on top to prove happenings in the market beforehand well wide of the mark.

He never went with any purpose under Robbie Power though, before finishing last of the ten finishers. The Scorpion gelding was subsequently found to be lame.

“Rachael was good on him as he’s not easy. You have to sit on him as much as you can and his jumping was very poor last year. He seems to have really improved for fences and I’m delighted with him," said de Bromhead.

On Chris's Dream s earlier second placing for the same owners the Waterford handler reflected: “Chris’s Dream jumped well and ran well but I was a little disappointed that we didn’t win. The winner (Ballyward) looked good.

"Robbie (Power) thinks a little more match practice will stand to him in time."

The Irish Horseracing Regulatory Board Veterinary Officer examined Another Barney, trained by Mrs John Harrington, at the request of the Stewards and reported the animal to be lame on its right foreleg.