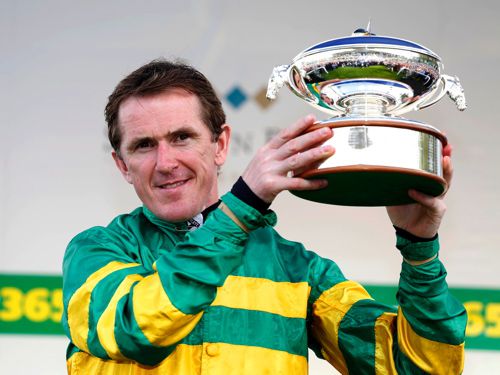 Sir Anthony McCoy made all on Quizical to land the Pat Smullen Champions Race For Cancer over a mile at the Curragh.

The 11/4 favourite was strongly pressed by Red Striker and Johnny Murtagh with over a furlong to go.

Once they saw that tandem off, it was Aussie Valentine and Ruby Walsh who challenged in the closing stages, however, Quizical came home best by a length and a half.

Trainer Sheila Lavery said: "I just wish it was Pat (Smullen) that I had been legging up in his own race. That was nearly the second best thing! What a day!

"I just want everybody to know because I was talking to somebody who was very involved with the cancer trials that every penny makes such a difference.

"Pat was so good to me and gave so much help and even now he really helped me with Lady Kaya."

Sir Anthony McCoy said: “I’m very proud to be here today racing for a great cause.

"We can be very proud of horse racing in general in Ireland. The stablestaff, the racegoers, owners, trainers, jockeys - everyone has given today so much support to the amazing man that Pat Smullen is.

“I genuinely always thought I was going to win! No, seriously you want to compete against the very best, that is what sport is all about, and these are the best jockeys we are ever likely to see. One is better than the other.

“I got on the best horse and that’s what counts.”