McNamara loses 7Ib claim with another win for Cromwell 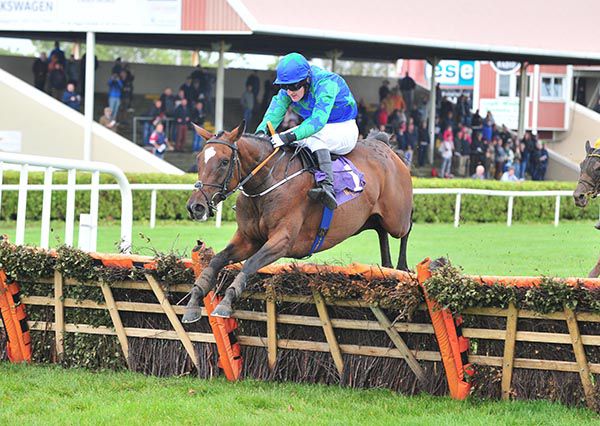 After their win together at the Leopardstown Christmas Festival with Peaches And Cream Gavin Cromwell and Conor McNamara were at it again at Fairyhouse today, taking the ITM Stallion Trail 10th & 11th January Handicap Chase as Biddy The Boss did the needful.

The Doyen mare made all, and she was pushed along and went clear after two out.

She made a mistake and had a reduced advantage at the last. Ridden on the run-in, the successful seven-year-old was strongly pressed close home, all out to contain Cheb De Kerviniou by half a length.

“It was a brilliant round of jumping again and that's what won it for her,” said Cromwell.

“She loves it out there in front. That's Conor last win as a 7lb claimer.

“She stays well and it all depends what the handicapper does. It'll be something similar again, it's not as if she's a real progressive type.

“That's the key to her, riding her like that as she jumps so well.”