Miacomet earns her keep for Davison 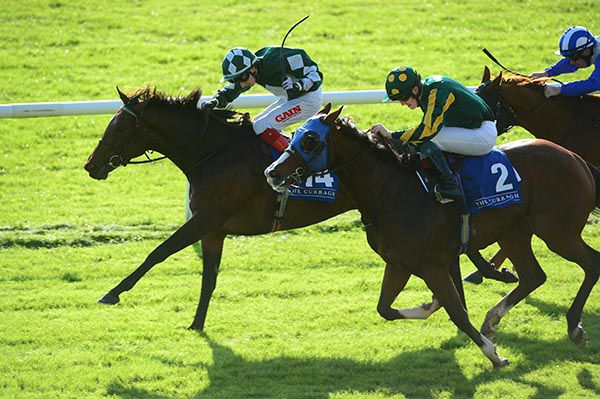 Bottom-weight Miacomet finished with a rattle to win the six furlong handicap at the Curragh under Andrew Slattery.

The pair were out the back as Verhoyen blazed a trail at the halfway stage.

Slattery switched her right, to the inner, over a quarter of a mile out and they began to motor into contention.

The pair came home strongly to get to grips with Verhoyen in the final 150 yards and kept on best to prevail by a short head in a driving finish.

“I was delighted when the result was called and the longer it went on the more the doubts start creeping in.

“That’s her 18th run of the year and she’s had two wins and been second and third a total of seven times. I haven’t spared her but she’s thrived on it.

“She’s earned her keep and is progressive.”