More Mullins joy with Cadmium in the Topham 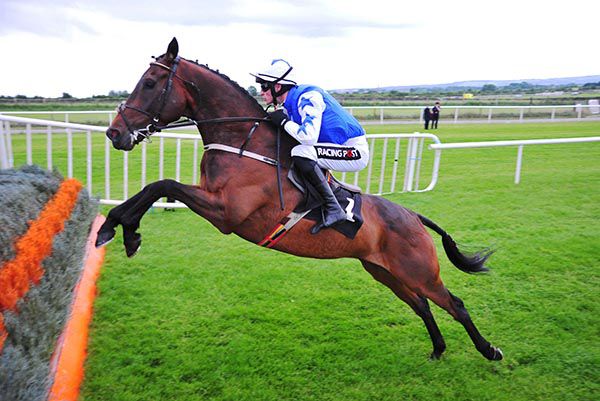 Cadmium led his rivals a merry dance in making nearly every yard of the running over the Grand National fences in the Randox Health Topham Handicap Chase at Aintree.

Racing over the furthest trip he has encountered in his career, he was certainly not stopping going over the line.

Wearing the Supreme Horse Racing Club colours carried to victory by Kemboy in the Bowl 24 hours earlier, this time it was Paul Townend on board, with the Gold Cup-winning rider also on the verge of being crowned champion jockey in Ireland to cap a dream year.

But there was a sad postscript to the race when Forest Des Aigles, who was in second at the time, broke down and was pulled up after jumping the last, with it subsequently confirmed he had suffered a fatal injury.

It was a quickfire double on the day for Willie Mullins after the victory of Min in the JLT Chase.

Mullins said: “That was impressive — impressive from horse and rider.

“The horse was in great form. Paul said he ran away with him on the way to the start and he just let him on in front and he enjoyed his jumping. It was really, really impressive.

“I thought Paul was just letting the horse do what he wanted to do. He wasn’t forcing the pace. I was just worried whether he’d stay, but he did.”

Asked whether he could be a National contender next year, the trainer added: “Looking at that you wouldn’t think so. I think he’d run too free.

“His jumping was so good and I think we’ll just keep him at that sort of trip.”

A change of scenery worked the oracle for Three Musketeers who justified late market support in the Merseyrail Handicap Hurdle on his first start for Gordon Elliott.

Formerly with Dan Skelton, the nine-year-old had always been highly thought of, but never quite delivered on his promise.

Backed into 8-1 just before the off, he was still only in fourth on jumping the last, as Point Of Principle saw off Sternrubin and Canardier.

But Jack Kennedy brought Three Musketeers with a relentless run down the middle of the track to win by a length and three-quarters.

Elliott said: “He had been working well in them at home (cheekpieces). It was nice to win and he’s the first horse I’ve had for the owners, who are from Liverpool originally.

“I was worried we might be going a step too high, but Jack gave him a great ride. Dan (Skelton) recommended the horse came to me, so it’s a big thanks to him.

“I spoke to the owners a couple of times over the last week. He had and an entry in it and I thought he had a nice weight, so we decided to take our chance.

“He has been working well at home. I’d say the change of scenery worked. He could be a horse for the Galway Plate, as he stays and jumps well.

“The Galway Plate is back over fences and that is what I have in my head.”

Kennedy was, though, handed a four-day suspension for using his whip above the permitted level from the third-last hurdle.