Much to digest after Havingagoodtime wins Down Royal opener 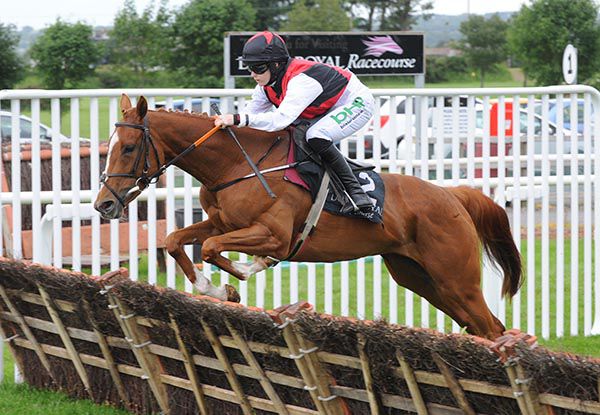 It could have been different though if Make My Heart Fly hadn't fallen when looking good in front two out. Her jockey Jack Kennedy was stood down for the day.

Meanwhile Havingagoodtime's fellow market-leader Run For Mary was let down by her jumping and was pulled up before the fourth last.

Alan Cody, travelling head lad to the de Bromhead stable said: "What can you say really, they are there to be jumped! He was unfortunate to go down.

"She was a bit free early on and the horse in front didn't do her any favours. She's a galloper and she'll stay galloping. Rachel (Blackmore) said she was keen after the other horse and did a bit much too soon but it worked out fine.

"Whether she would have won if if he hadn't fallen, I don't know.

"She's very lightly made but she has plenty of potential. She's a very light mare and she is actually hard to try and keep weight on.

"Henry (de Bromhead) is away and I don't know what he's going to do with her but probably Galway I would say would be the next one."

Jack Kennedy was taken to hospital for X-rays on a suspected fracture to his left collarbone.

The Irish Horseracing Regulatory Board Veterinary Officer examined Run For Mary, trained by C.Byrnes, at the request of the Stewards and reported the animal to be post race normal.

D.N. Russell, rider of Run For Mary trained by C.Byrnes, reported to the Clerk of Scales that his mount was pulled up having jumped very poorly and lost her action.