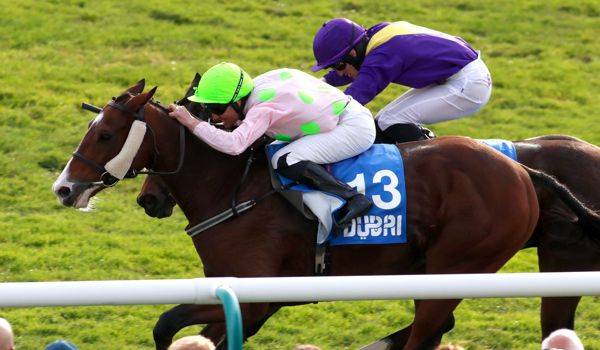 Newmarket Cesarewitch hero Low Sun could bid to provide Willie Mullins with a first victory in the SportPesa Chester Cup on Friday.

The Rich and Susannah Ricci-owned six-year-old touched off stablemate Uradel in a thrilling contest at British Flat racing’s headquarters last October and could head to the Roodee for his seasonal reappearance.

The Ian Williams-trained seven-year-old carried the colours of owner Marwan Koukash to a runaway victory 12 months ago and was just as impressive when following up in the Group Three Henry II Stakes at Sandown just three weeks later.

He disappointed on his final outing of 2018 when well fancied for the Melbourne Cup, however, and will have plenty on his plate if he does defend his Chester Cup crown as he must concede weight all round.

Magic Circle is one of 14 possible runners for Williams, who also saddled Bulwark to win this prestigious staying prize in 2008.

The Alvechurch-based handler has also confirmed the well-fancied Shabeeb, Speedo Boy and Faithful Mount, among others.

The ante-post betting is headed by Mark Johnston’s Austrian School, who picked up a 3lb penalty for his dominant comeback victory at Musselburgh and is a previous winner at the track.

Other hopefuls include Andrew Balding’s Cleonte and Who Dares Wins from Alan King’s yard.

The main supporting race on the third and final day of Chester’s May Festival is the Homeserve Huxley Stakes.

The highest-rated entry is the William Haggas-trained Addeybb. He looked every inch a top-class prospect after winning the Lincoln and the bet365 Mile at the start of last season and while he came up short at Group One level, he merits the utmost respect in this 10-furlong Group Two.

Johnston’s Matterhorn could revert to turf after winning seven of his last nine starts on the all-weather — most recently claiming the notable scalp of Wissahickon in the Easter Classic at Lingfield on Good Friday.

Sir Michael Stoute has two chances in Mustashry and Regal Reality, while Balding has Morando in contention.