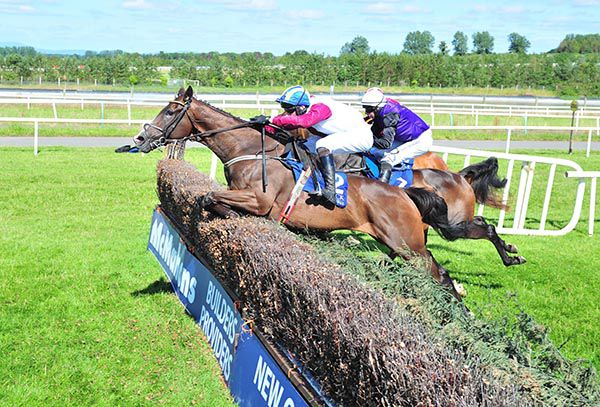 David Mullins came in for the winning spare ride on Cool Colonnade at Limerick today as the Grand National winning jockey won the Twilight Evenings at Limerick Novice Chase for his uncle Champion Trainer Willie Mullins.

The son of Requinto made a winning fences debut at Clonmel in June and today was getting the better of eventual runner-up Or Janue De Somoza and The Holy One when the latter horse fell at the final fence. At the line Cool Colonnade scored a two and a quarter lengths win.

Mullins was deputising for Paul Townend who was stood down having received a heavy fall from fatally injured Kerry Star in the opening race.

Afterwards jockey Mullins stated “I didn't know much about him but he always seemed to be a very free horse and I'd say the fences are making him back off. He loves the ground and should win his few races.”