Mullins trio could take on Buveur at Aintree 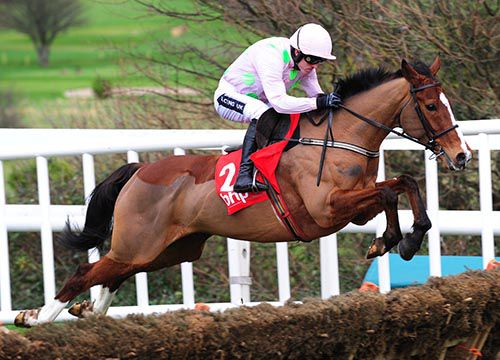 Willie Mullins has confirmed he intends to run all three entries Melon, Faugheen and Benie Des Dieux against Buveur D'Air in the Betway Aintree Hurdle on Merseyside.

Former champion hurdler Faugheen ran a creditable race over three miles when third in the Stayers' Hurdle at Cheltenham, and will be dropping half a mile in trip.

Melon will be stepping up in distance on Thursday, having finished second in the last two Champion Hurdles.

The mare Benie Des Dieux was at the centre of one of the biggest talking points of the Cheltenham Festival - after going clear in the Mares’ Hurdle only to take a crashing fall under Ruby Walsh at the final flight.

However, Mullins would be weary of quick ground for the mare.

"The Aintree Hurdle is nicely timed before Punchestown - and Melon, Faugheen and Benie Des Dieux are well and ready to run," he said.

"The trip is what Melon wants, and Faugheen will have no problems at the trip also - but if the ground dries up, that would be the only question mark in running Benie Des Dieux."