Mullins wins with only runner of the day 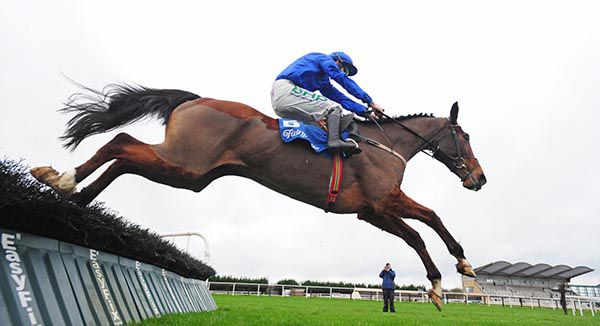 Willie Mullins' Ifyoucatchmenow the only runner of the day for the stable, added to her point-to-point gains in the Online Discounts @ fairyhouse.ie Mares Maiden Hurdle.

Successful 'between the flags' for Denis Murphy, 7/4 favourite Ifyoucatchmenow (a half-sister to Ballyward) now represents David Dunsdon's Coldunell Limited, and she was ridden here by Paul Townend.

The Westerner mare took over from pace-setter Roney and asserted from before the last. Whatucallher made a slight mistake at the last and was closing all the way to the line, eventually going down by half a length.

“She's a galloper. I supposed we probably did get at it early enough but luckily she pulled out enough,” said Townend.

“She jumps well and she's straight-forward.”

C.D. Maxwell, rider of Laughing Trix trained by Dermot Anthony McLoughlin, reported to the Clerk of Scales that his mount ran very green and never let herself down on the ground.

B.J. Cooper, rider of Roney trained by Paul Nolan, reported to the Clerk of Scales that his mount lost her action at the back of the last.