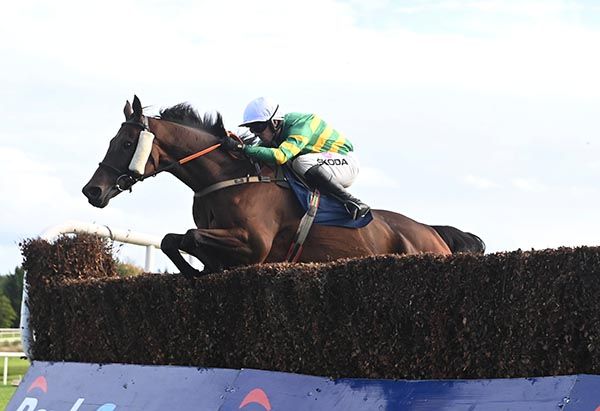 Six went to post but only three finished as the Charles Byrnes-trained gelding pulled out plenty late on to record a seven-and-a-half length victory.

The eventual winner blundered at the third last and was soon joined by Old Town Garde but shook off the rival from the last fence to land the spoils.

Pairc Na Ngael (a 7/2 shot) is a son of brilliant race-mare Solerina. It was a double on the card for owner JP McManus and jockey Mark Walsh, who had also combined in the opener with Cougar

“They were going to hack so Mark was right to let him stride on,” said Byrnes.

“He was in nicely at the weights against the rest of them. We'll tip away and look for something similar again. He's won over three miles.”