Nicholls has plan to formulate for Clan Des Obeaux 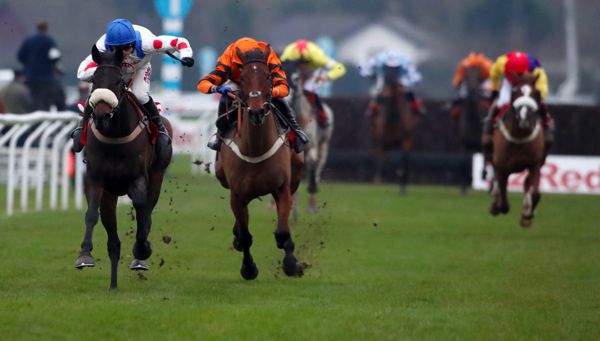 Paul Nicholls has still to come up with a plan for Clan Des Obeaux before his crack at the Magners Cheltenham Gold Cup.

The six-year-old came of age in the King George VI Chase at Kempton on Boxing Day, seeing off previous winner Thistlecrack in a terrific tussle.

It provided the former champion trainer with a remarkable 10th win in the mid-season highlight.

Asked how special the King George is to him, Nicholls told Sky Sports News: “It’s like a mid-season Gold Cup in effect, the best chasers — the best of the best — and to keep producing young horses through the ranks that can win, that is fantastic for the team, the owners and everyone involved.

“The horses that were behind him — Gold Cup winners, King George winners — he’s a young, improving horse that’s going the right way.

“We’ve always thought he was very, very good — it was just a matter of him getting experience and coming along quietly — and he showed how good he was on Boxing Day.”

However, Ferguson was not at Kempton — instead sticking to the football.

Nicholls added: “He (Ferguson) knew at half-time — Ged rang him. He’s obviously very excited about it, as are Paul (Barber) and Ged.

“Paul was, of course, involved in my first King George winner (See More Business) — and that was his third King George. We’ve got to try to win a third Gold Cup for Paul now if we can, and I’d like to think this horse might get there.

“He’s put himself firmly in position to have a chance, and now we’ll have to think where we go from here to Cheltenham — whether we run him beforehand somewhere. I don’t want to get involved in a fight somewhere, like with Native River at Newbury before the Gold Cup — that would be pointless.

“So we’ve got to map out a plan — if we went there fresh and well it wouldn’t matter. But we’ve definitely got to give him a go (in the Gold Cup).”

Nicholls’ powerful stable has been back in imperious form of late, with Clan Des Obeaux the pick of many notable winners over Christmas.

He said: “We’ve got some really smart young horses that have come from three-year-olds onwards and it’s really exciting to be back there with some really nice horses.”