No racing in Britain until next Wednesday at the earliest 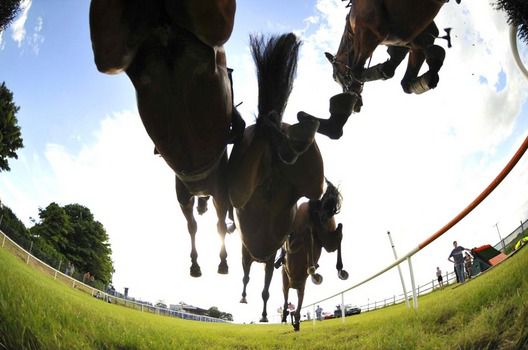 There will be no racing in Britain until February 13 at the earliest, the British Horseracing Authority has announced.

An outbreak of equine flu has caused a six-day shutdown, with racing’s rulers set to make a further assessment on Monday as to when racing can resume.

News broke late on Wednesday evening that the virus had been detected and Donald McCain confirmed on Thursday that he has three confirmed cases in his yard.

Whilst the infected horses had not been racing this week, McCain has had runners at Wolverhampton, Ayr and Ludlow.

As a result, any trainer who ran a horse at those meetings has had restrictions placed on their movement.

No further positive tests have been recorded, but another three days are needed before it will be possible to make a decision on whether it is safe to resume racing as the disease can take that long to show its symptoms.

In a statement, the BHA said: “This approach will allow samples to be collected and assessed by the Animal Health Trust in order that a fully informed decision can be made on Monday.

“This may then allow declarations to take place on Tuesday in time for racing on Wednesday, with 24-hour declarations for all fixtures on this day, should racing be able to resume. Declarations for Thursday would revert to the usual procedures.

“Trainers support a precautionary approach and we thank them for the collaborative manner in which they have worked with us to address this unfolding situation.

“This precautionary approach is intended to ensure we put the health of the horse population and control of the virus first, and avoid any unnecessary risk that might come from returning to racing too quickly.

“We appreciate the impact that this may have on the sport commercially, but disease control in order to mitigate the risk of further disruption to the sport — and safeguard the health and welfare of our horses — must be a priority.”

It added that a plan to reschedule this weekend’s key races will be constructed.

McCain reported the cases of flu to the BHA after his vets relayed the news on Wednesday evening, and the trainer was keen to emphasise he would never knowingly have run a potentially infected horse.

In a statement, he said: “Bankhouse (his stables) follows all the available advice on disease control and all our horses are fully inoculated.

“We are scrupulous about observing the health status of horses in our care and taking the necessary steps to treat any condition that may affect them.

“It follows we would never race any horses that we could have known were infected.

“Over the last two months, all potential runners have been scoped and their blood checked within 36 hours of their races to ensure that only healthy horses compete for the yard.”

He went on: “When new horses arrive at our yard we, as much as possible, try to keep them separate but at this stage cannot know if the infection came from recent arrivals or from horses returning from racing.

“We have three confirmed cases and this morning have taken blood and swabs from all the others for testing.”

David Sykes, director of equine health and welfare at the BHA, added: “We would like to thank Donald McCain for his co-operation in this matter, and for the responsible manner in which he has dealt with this issue, under the guidance of his veterinary surgeon.

“He has acted professionally with the interests of the racing industry and the health of his horses as his priority.”

Racing in Ireland is set to continue as planned at present, but runners from Britain will not be permitted until further notice.