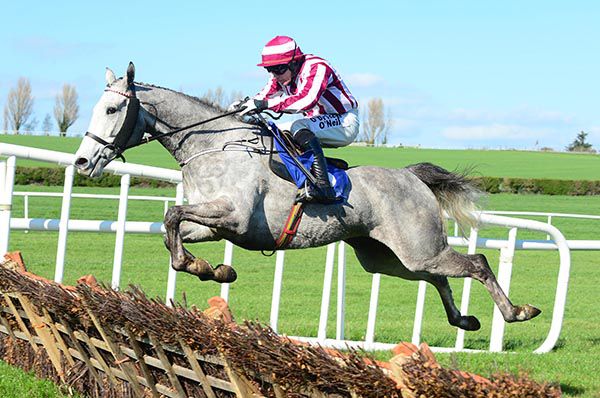 Noureev got off the mark dropping in grade, when taking the Ardfinnan Maiden Hurdle at Clonmel.

Mark Enright settled his mount behind the leaders before sending the 7/2 shot up to tackle front-runner Megalomaniac turning for home.

The Soldier Of Fortune gelding took over going to the second last and, despite showing a few signs of greenness, the result never looked in doubt as he kept going on the run-in for a length-and-a-quarter win.

The well-backed Chapati (16/1 into 6/1) stayed on in the closing stages to get up for the runner-up spot.

"It wasn't ideal to run at Down Royal on Friday and come here today but you have to take these unplaced maidens when they come up and it worked out well,” said the winning trainer.

"Mark said he was immature on the ground the last day and he is tricky. He has loads of ability and he is definitely genuine but it has taken a while for the penny to drop.

"I'll probably pull the plug with him for the summer now as he is very slow of his brain!

“He jumps like a chaser and he has schooled over fences. All mine jump hurdles and fences the Enda Bolger-way from when I was there and he could go down the chasing route.

"I'm happy to get him to win and I have a 100% strike-rate from two runners around here now! I only have four in training."