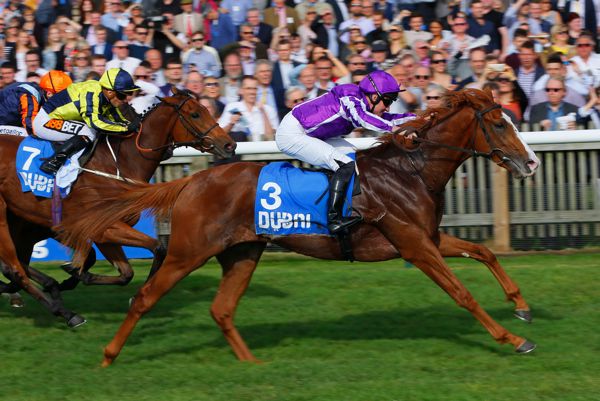 Norway leads a three-strong team into battle for Aidan O’Brien in the Chester Vase on Wednesday.

The Ballydoyle maestro has saddled a record eight previous winners of this recognised trial for the Investec Derby, including a subsequent Epsom hero in Ruler Of The World (2013). Wings Of Eagles was second to stablemate Venice Beach in 2017 before going one better in the premier Classic.

Norway appears O’Brien’s chief hope this season, having won the Zetland Stakes at Newmarket as a juvenile before placing fourth in the Group One Criterium de Saint-Cloud.

Norway is fitted with cheekpieces for the first time as he makes his seasonal reappearance in the hands of Ryan Moore.

The trainer’s son Donnacha O’Brien partners Sir Dragonet — a winner on his racecourse debut at Tipperary a fortnight ago — with Wayne Lordan on board recent Cork scorer Gentile Bellini.

The home team is headed by the Charlie Fellowes-trained King Ottokar.

The Motivator colt made an impressive start to his campaign in a conditions event at Newbury last month and Fellowes is keen to find out whether he has a genuine Derby contender on his hands.

Fellowes said: “He was very impressive last time. I hope they get some rain overnight, which I think they will.

“I don’t think stepping up to the mile and a half will be a problem and I think he will handle Chester well as he’s a very well-balanced horse with a high cruising speed.

“The only thing that will get him beaten is if he’s not good enough, and we need to know if we’re thinking about going to Epsom.

“It will be a very nerve-wracking day.”

Technician is a major player for Martyn Meade and Frankie Dettori.

The grey son of Mastercraftsman justified market confidence with a dominant comeback win at Leicester before filling the runner-up spot behind Bangkok after encountering traffic problems in the bet365 Classic Trial at Sandown little under a fortnight ago.

“I’m very much looking forward to it. Hopefully he’ll handle the track — he’ll need to if he’s going to go to Epsom,” said Meade.

“I think there’s a bit of rain forecast and that will suit him as while he goes on fast ground, he does like a bit of cut.

“It’s probably a bit quicker than ideal after Sandown, but he seems in good form and there’s no reason not to run.

“There’s a nice break between this race and Epsom, but obviously he’ll need to run a blinder to go there.”