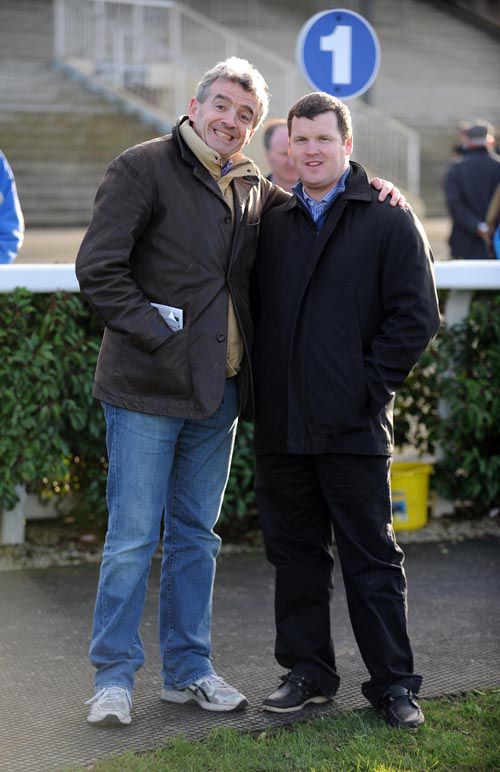 Owner Michael O'Leary has reiterated Tiger Roll is "very unlikely" to bid for a third Randox Health Grand National next April following his historic second triumph at Aintree on Saturday.

The diminutive nine-year-old became the first horse since the great Red Rum in 1973/74 to win back-to-back renewals of the world's most famous steeplechase on a glorious afternoon on Merseyside.

Red Rum, of course, added a third National to his CV in 1977 - but Ryanair and Gigginstown House Stud supremo O'Leary is not keen on the idea of asking Tiger Roll to carry the likely burden of top-weight in 12 months' time.

Speaking on Racing TV's Luck on Sunday programme, O’Leary said: "It's very unlikely that he’ll come back and run in it again next year. He will be carrying top-weight, he is a small horse and every time he runs now I get nervous - I'd hate for anything unfortunate to happen to him while he's racing.

"For his sake and for the sake of the race, I really wouldn't want to bring him back shouldering huge lumps of weight.

"There’s no reason to emulate Red Rum's feat. Red Rum saved the Grand National and put it back on the map at a time when it was struggling.

"Tiger Roll isn't Red Rum - he's Tiger Roll - and I feel no pressure to go back and try to win a third time.

"There's huge public affection for him and I think we're duty-bound to mind him now."

Just as he did last season, the Gordon Elliott-trained Tiger Roll warmed up for the Grand National by winning the Glenfarclas Cross Country Chase at the Cheltenham Festival - his fourth Festival success overall having also won the Triumph Hurdle and the National Hunt Chase.

O'Leary believes if his charge can make it five wins in the Cotswolds next March, it would be a fitting swansong.

"His main target this year was the cross-country in Cheltenham and I think that will probably be his main target again next year," he said.

"I would be strongly of the view that if he was to win the cross-country in Cheltenham next year for a third time - which would be his fifth win in Cheltenham - I would see no reason not to retire him at that point in time and let him go out on a high."

Tiger Roll will shortly return to Gigginstown to enjoy his summer holidays along with former O’Leary-owned stars like Cheltenham Gold Cup heroes Don Cossack and War Of Attrition and the 2016 Grand National winner Rule The World.

O’Leary added: "I’ll have him back here for his summer holidays in Gigginstown. There are two fields close to the house where we keep Don Cossack, War Of Attrition and Rule The World - who we retired immediately after he won the Grand National (in 2016).

"The kids like going out and seeing them and feeding them carrots. It's a very special thing for my children and I don't think they appreciate how fortunate they are to have these champions around them.

"In racing everyone talks about next year, but really we should just savour this and enjoy it — this is history being made.

"We didn’t enjoy Red Rum sufficiently while he was winning those Grand Nationals. He got all the credit he was due in the years after he was retired."

Reflecting on the acclaim Tiger Roll received at Aintree, he continued: "The way the public have latched on to Tiger Roll has been incredible.

"Everyone was set up for disappointment yesterday. History tells you that they don’t come back and win two Grand Nationals.

"I thought the atmosphere was terrific. There was a general sense of joy in the occasion and without wishing ill on any other horse, the right horse won the race.

"It made for a wonderful story. Too often racing suffers criticism negative headlines and it was just very hard not be positively thrilled for the horse.

"He's not the best horse in the world or the best chaser in the world, but he’s generated enormous affection and has taken racing beyond the back pages to some of the front pages and middle pages.

"It was one of those days where we can all say we were there. On your deathbed you can say 'I was there and I remember it'."

Tiger Roll, O’Leary and Elliott were back on home soil on Sunday morning - with O'Leary having gone one better than last year by offering Ryanair passengers on the Saturday evening flight from Liverpool to Dublin two free drinks.

Despite O’Leary’s misgivings, Elliott on Sunday morning was not ruling out a third Aintree appearance.

"It was an unbelievable day. The horse is home this morning and he's in good nick," Elliott told Betfair.

"It was probably the highlight of my training career so far. There was a great crowd here this morning to see him and he knows he’s the man."

Asked about a third National bid, he added: "You never know - we won’t rule it out. First and foremost is the horse and once he’s OK, there’s no reason why not.

"He won a bit easier this year than he did last year, but he went into the race in much better form.

"He just showed good he is - he's the horse of a lifetime."