O'Sullivan's strike with It Came To Pass 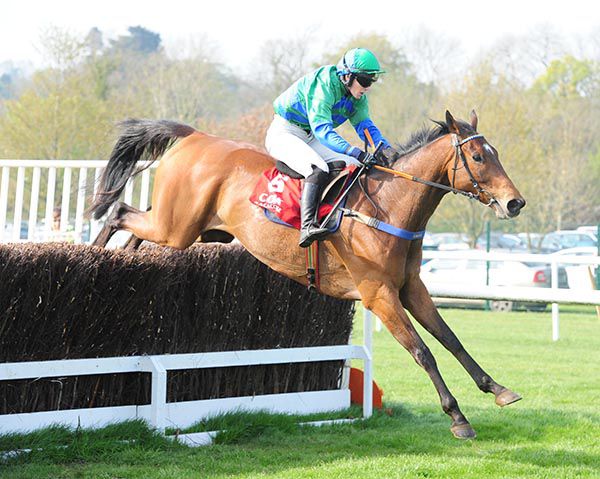 It Came To Pass made it three wins in-a-row, as he took the Jack Tyner Memorial Hunters Chase for the father and daughter team of Eugene and Maxine O'Sullivan.

Successful at Lismore in March, the nine-year-old son of Brian Boru followed-up just over a fortnight ago at Dromahane.

Sent off at 4/1 (from 5s) this afternoon, the bay gelding raced in mid-division before taking closer order from five out.

He made further progress to lead from three out and went clear before the last, going on to score easily by seven and a half lengths. Billaway who was sent off the even money favourite, had to settle for second, while 10/1 chance Holly Flight was another two and three parts of a length back in third.

The winning trainer said afterwards: "He is a lovely horse and he and Electric Concorde were bought in a job lot from Jim Culloty when he retired from training last year. They are two lovely horses who will both go forward.

"This fellow will now go to Punchestown for the Champion Hunters Chase if the ground is suitable and we'll aim him at the Foxhunters at Cheltenham for next year.

"He was second to a horse of mine in a point-to-point last year and was lame after that and all it meant was he needed plenty rest and Jim gave him that. He hasn't given me a day's trouble and is a beautiful horse who is a half-brother to Lord Windermere."