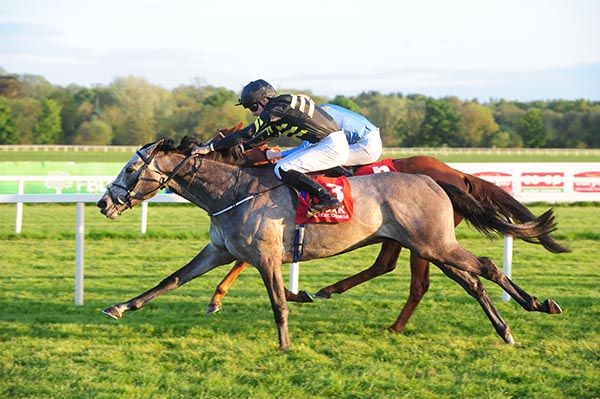 Having opened at 10/1 on-course, this Calumet Farm owned three-year-old eventually went off at 8s.

Seventh three furlongs out, the daughter of English Channel was then switched to the outer and came with her challenge over a furlong out.

She soon gained a marginal lead, and kept on well inside the final furlong to just get the better of fellow newcomer Mazzuri by a short head.

The runner-up was returned at 12/1 under Billy Lee for Willie McCreery, while 7/2 chance City Ballerina was another two and a half lengths back in third. Imrana was sent off the 9/4 favourite and she finished a disappointing fifth.

Joseph O’Brien said afterwards: "She is a nice filly and was a little on edge and needed minding. She has a big engine and mine don't usually win first-time like that and are usually much greener.

"She even was very green so I'd say she has a big engine.

"This one could be my first good horse for Calumet and she could step into an Oaks Trial now. There's a chance she's a very nice filly."