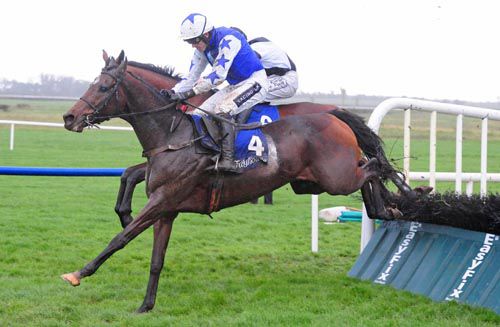 The Supreme Horse Racing Club have been forced to call time on the career of high-class hurdler Open Eagle.

The son of Montjeu was snapped up by the successful syndicate after a 12-length demolition job in the 2014 November Handicap at Doncaster.

He won twice during his novice hurdling campaign and also finished second to the mighty Altior at Kempton on St Stephen's Day three years ago.

The Willie Mullins-trained gelding went on to win two more races — including a lucrative handicap success at the 2017 Punchestown Festival under the trainer’s son, Patrick.

However, he finished down the field Prix La Barka at Auteuil the following month and while connections have waited patiently for him to recover from injury, another recent setback has prompted them to draw stumps.

Steve Massey, racing manager for the owners, said: "We were really looking forward to getting Open Eagle back on the racecourse and Willie had been very happy with how he was going at home. He was actually very close to running again.

"Unfortunately, he's suffered another injury and as it’s going to be a long-term thing, we have made the difficult decision to retire him.

"He won four races for us and 11 in total. We also had a great day with him at Kempton a few years ago when he finished second to Altior.

"It's a big blow as he was rated 153 after winning at Punchestown, but he’s not getting any younger - he'll be a 10-year-old at the turn of the year - and we’ll now try to find him a good home."