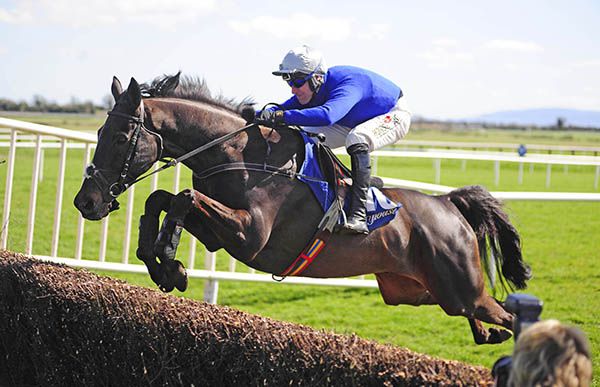 Woodland Opera will make his first start under Flat rules in the concluding race at Listowel on Sunday.

Jessica Harrington’s nine-year-old has been a fantastic servant to his connections, with four wins over hurdles, four wins over fences and a bumper success making up his nine career triumphs.

Last October he produced a career-best performance to win the Grade Two PWC Champion Chase at Gowran Park and found only Road To Respect too strong on his next appearance in the JNwine.com Champion Chase at Down Royal.

He has not yet rediscovered his best form since returning from a break, but his runner-up finish over hurdles at Killarney last month was a step in the right direction and he merits respect as he switches to the level in the hands of Finian Maguire.

Woodland Opera’s six rivals in the Over 1000 Games At BetVictor Casino (Q.R.) Race include John McConnell’s dual-purpose mare Pearl Of The West

She has five hurdle wins to her credit, including victories at Cheltenham in October and at the Punchestown Festival on her penultimate start.

The daughter of Teofilo disappointed on her latest outing at Killarney, but she already has two Flat wins on her CV and it would be no surprise to see her bounce back. Flat To The Max (Gordon Elliott), Hot Beat (Ted Walsh), Newcross (Tony Martin), British raider Yabass (Archie Watson) and Sweet Cassie (Leonard Flynn) are the other hopefuls.

Dermot Weld’s Britannia Kitten shaped with plenty of promise when fourth on his Leopardstown debut, as did the Michael O’Callaghan-trained Formyboys when third at Navan a fortnight ago.

Harrington’s Navan third Between Hills and James Barrett’s Silent Look, who has twice been placed at Dundalk, are others to consider.

Weld’s Kalanoura might be the answer to the Croom House Stud Irish EBF Fillies Maiden.

The daughter of Casamento looked a winner waiting to happen when runner-up on her Dundalk introduction last November and while she has failed to get seriously competitive in two starts at Limerick and Leopardstown since, this event is probably a shade easier.

The most valuable contest on the card is the 20,000 euro Follow @BetVictorRacing On Twitter Handicap. Fit For Function claimed this prize last year for trainer Joe Murphy and returns to defend his crown at the top of his game after winning comfortably at Gowran Park on Wednesday.

Andrew Oliver’s recent Sligo scorer Lumsden bids to follow up in the Lengthen The Odds With BetVictor Handicap.