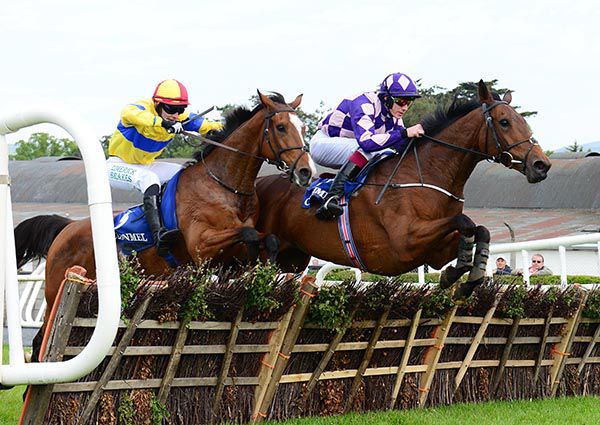 Touch Of Oscar justified 4/6 favouritism in what was an eventful Clonacody Maiden Hurdle,

Three of the eight who set out for this near two and a half mile contest got no further than the second, with Game Present falling, bringing down Gone Racing with Pass Cross also brought down in the melee.

The Joseph O'Brien trained victor avoided the drama under Shane Shortall, and took closer order into second from three out.

The son of Touch Of Land, who was placed on his last two starts, had a good battle with the front-running Rip Rocks Paddy Ok in the straight, and just three parts of a length separated them at the line.

The runner-up was available at 13/2 this morning, but came in for plenty of market support and was returned at just 7/2.

O'Brien, who trains the winner for Donal O'Connor, said afterwards: "He's a consistent horse and would probably love a bit of easier ground. It's nice to get him to win his maiden hurdle, and he'll probably have a little break now.

"It was a very messy race as they went slow and sprinted up over the last two. I was worried as he's a staying type of horse while the other one (Rip Rocks Paddy Ok) was a pacey horse off the Flat.

C.A. Landers, rider of Rip Rocks Paddy Ok trained by Andrew Slattery, reported to the Clerk of Scales that he used his whip down the shoulder in the forehand position for corrective purposes.