Owner's suggestion and drop in trip works wonders for Run 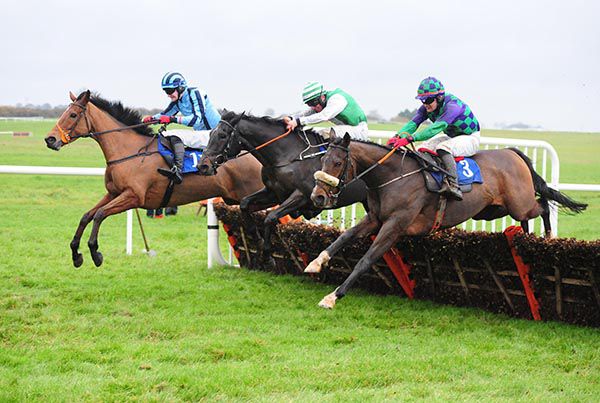 Fifth halfway, the 11/2 scorer improved into second after four out and she disputed the lead at the next.

Asked for more by Daniel Holden entering the straight, Theatre Run led after two out but she was strongly pressed at the last.

On the run-in she kept on well under pressure to defeat Romella and Morning Skye by half a length and a neck. They drew twelve lengths clear of the fourth, Zinat Well-backed favourite Old Town Road could manage only fifth.

"She was second over fences at the start of the year and then went off. She kept coming in and out of season and it was probably my fault for running her so much and she seemed to come back to form on her last couple of runs over hurdles,” reflected Cahill.

"Whether or not we go back over fences now I don't know, she has a good mark over fences, and while I always thought she was a 2m4f mare, she has proven us wrong now and in fairness it was the owner's suggestion to go back in distance."