Par gets in after Dini withdrawal 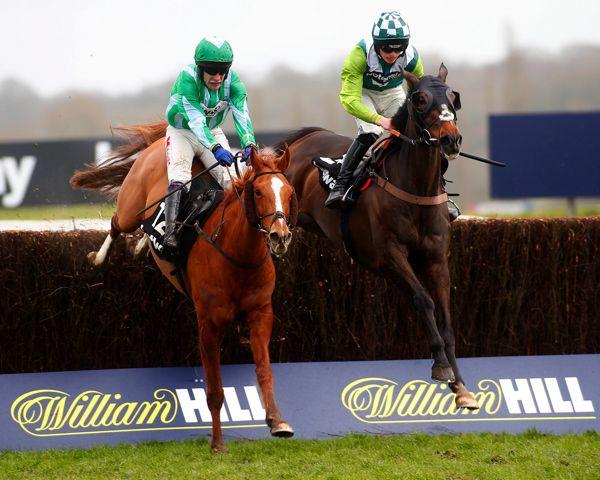 Jimmy Moffatt could be set for a whirlwind few days after hearing Just A Par had scraped into the Randox Health Grand National as first reserve.

At Thursday’s 10am declaration stage Moffatt faced the heartache of seeing his 12-year-old miss the final cut of 40 by one.

However, the late defection of Mall Dini before Friday’s 1pm deadline means the former Paul Nicholls-trained gelding, who finished seventh in the Becher Chase on his first run for new connections, now gets the chance to run in the £1 million feature after finishing 14th two years ago.

Cartmel-based Moffatt said: “There’s always a story — my wife is due to give birth any day now and she said the baby lowered last night, so it’s getting close — and I’ve got a runner in the Topham on Friday!

“I’d better try and find a jockey, too. It will be worth it to have a runner in the National, though, and his owner Mark Scott will be delighted.

“He’s a strong stayer, who jumps the fences well. We’ve had him in training since August 10 with this race in mind, so it would have been cruel to miss out by one.

“I was panicking last night, so I don’t know what my contingency plan is!”

Owner Philip Reynolds revealed Mall Dini had picked up an injury after seeing Moon Over Germany win at Aintree in his colours.

He said: “I heard just a few minutes before Moon Over Germany ran that Mall Dini has got a leg injury.

“I said to Rachael (Blackmore) just before the race started that I needed a pick up, big time. I’ve wanted a runner in the National for a long time and this has happened on the eve of the National.”

Rebecca Curtis earlier thought her Joe Farrell had snapped up the last spot when Willie Mullins deciding against running Pairofbrowneyes.

Joe Farrell has been the buzz horse in the ante-post market this week — and having been available at 50-1 on Monday, he is as low as 12s in a market still dominated by strong favourite Tiger Roll.

“We didn’t think we had a chance of getting in before his last run, but he went up in the weights for that, and without it he wouldn’t have got in. He went up seven or eight places.

“He ran really well at Newbury. He takes two runs to get fit and he was carrying a lot of weight that day, so I was really pleased with him.

“Obviously as a Scottish National winner, he’s proven over nearly the trip — one of his assets is he stays very well, and now all we need is a bit of luck.

“He’s pretty versatile with ground, but I suppose his best form has tended to be on nicer ground.

“It would be some fairytale if he wins, having not been sure he was even going to get in, that’s for sure.”

Tiger Roll is bidding to become the first back-to-back winner of the race since the great Red Rum completed the feat back in 1974.

He was one of 13 runners declared by trainer Gordon Elliott, although that was reduced to 11 following the sale that took place after racing on Thursday, with Don Poli joining Phil Kirby and Outlander moving to Richard Spencer.

Rathvinden leads the Mullins squad, and will be ridden by Ruby Walsh, with 2018 runner-up Pleasant Company aiming to avenge his head defeat for the master of Closutton.

“He won the Bobbyjo, won last year’s four-miler at Cheltenham, and he’s in good form — so I sided with him.

“He beat Ms Parfois in the four-miler, with Jury Duty in behind, so it’s solid form.

“He’s a safe jumper who stays — but he’s won over shorter, so he’s got pace.

“He ticks a lot of boxes — but you still need a lot of luck.”

Champion jockey Richard Johnson has yet to the win the National and he will team up with the Philip Hobbs-trained Rock The Kasbah as he tries to end his luckless run.

Becher Chase winner Walk In The Mill, 2017 Grand National hero One For Arthur and Step Back — for Gold Cup-winning trainer Mark Bradstock — are other names to note.

The remaining three reserves are The Young Master, Isleofhopendreams and Exitas.