Percy and Road To Respect may square up in Savills 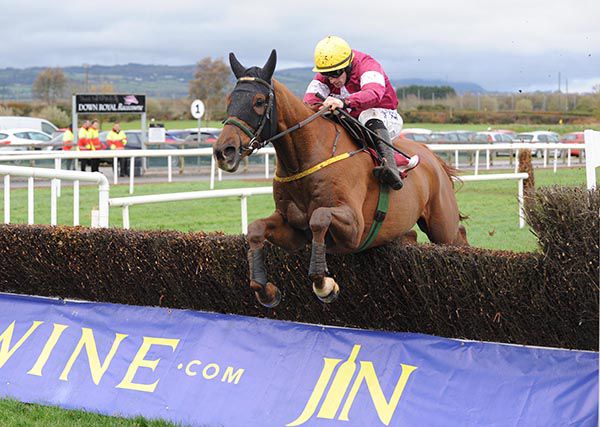 Presenting Percy and Road To Respect feature among 21 remaining entries for the Savills Chase at Leopardstown on Friday week.

The Pat Kelly-trained Presenting Percy is ante-post favourite for the Cheltenham Gold Cup with most bookmakers after claiming his second Festival success with a brilliant display in the RSA Chase at Prestbury Park in March.

Connections sidestepped the John Durkan Memorial Chase at Punchestown earlier this month on account of unsuitable ground, and they are praying the rain arrives to allow him to make his belated reappearance on December 28.

Road To Respect won last year’s renewal of a race formerly known as the Lexus Chase for Noel Meade and Gigginstown House Stud, and will be well fancied to successfully defend his crown following an impressive seasonal debut in the JNwine.com Champion Chase at Down Royal.

The Gigginstown team have claimed this prize in each of the last four seasons, and Road To Respect heads a formidable 10-strong squad for this year’s renewal which also includes his stablemate Disko, Gordon Elliott’s 2016 winner Outlander and Henry de Bromhead’s Ryanair Chase victor Balko Des Flos.

The Savills Chase is the second of two Grade Ones on day three of the Christmas Festival at Leopardstown, the first being the Squared Financial Christmas Hurdle.

Her 13 potential rivals include Faugheen, one of six possible runners for Mullins. Benie Des Dieux, who beat Apple’s Jade when winning the Mares’ Hurdle at Cheltenham in March, is also in the mix.

The Ryanair Hurdle is the main attraction the following afternoon.

Elliott’s Samcro will bid to make it third time lucky this season, but might not have things all his own way.

Mullins has Melon, Sharjah, Laurina and Limini in contention, while Iain Jardine’s Bedrock could bid to prove there was no fluke about his victory over Samcro at Down Royal in November.

Elliott has six contenders in the Grade One Neville Hotels Novice Chase over three miles, headed by Drinmore winner Delta Work and the long-absent Champagne Classic.

Le Richebourg could renew rivalry with Delta Work after being touched off at Fairyhouse, while Judgement Day could step up in class for De Bromhead after four successive wins.