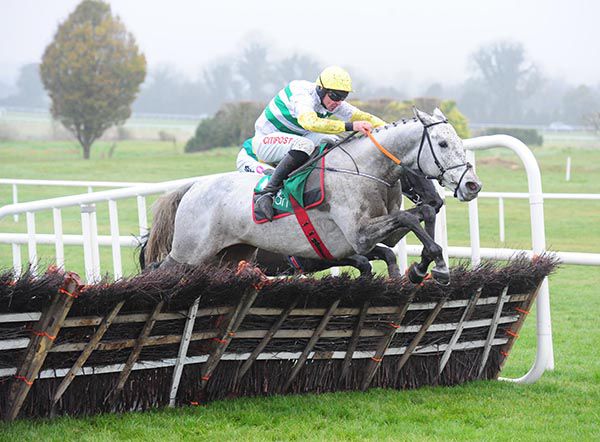 Photographer Pat Healy was knocked over by runner-up Entoucas in a serious incident following the running of the opening navanracecourse.ie Maiden Hurdle at Navan today, won by Thatsy as the well know figure left the course by ambulance conscious but in a lot of pain.

Thatsy, under Davy Russell, seemed to have seen off Entoucas having jumped the final flight and while Entoucas battled back, a neck separated the pair passing the winning line.

The pair were racing tightly upsides in the closing stages but strides after passing the line, Entoucas jumped through the inside railing, dramatically knocking over Healy.

The photographer was taken to Blanchardstown Hospital with today's doctor on duty, Frank Kenny reporting that “Pat left the course very stable and has injuries to the right side of his chest.”

Thatsy was today winning at this third attempt over hurdles and following the race winning trainer Gordon Elliott reported “he’s a grand horse and he’s been threatening to that for a while.

“It was nice to get his head in front, and the (first time) tongue tie might have helped.”