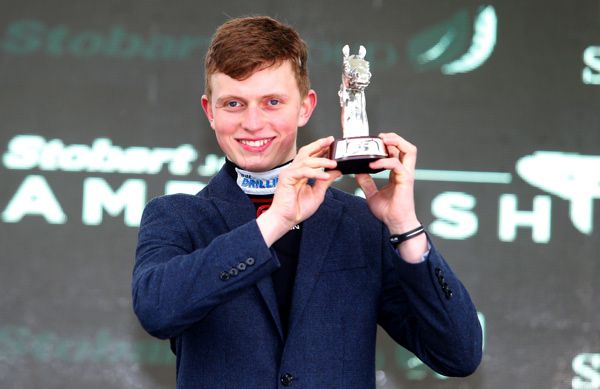 The nine-year-old was bouncing back from successive falls in Wincanton’s Somerset National and then the Eider Chase at Newcastle to prevail this time by three lengths at 20-1 from Ms Parfois.

Ms Parfois, a Grand National entry for resurgent Anthony Honeyball, was also prominent throughout and led into the straight in driving rain and a fierce gale on increasingly heavy ground.

But it was Potters Corner, in strong contention when coming down on his previous two starts, who got it right and kept going the best over this marathon four-and-a-quarter-mile trip.

There were 12 more lengths back to Get On The Yager in third, with Prime Venture fourth another three away.

Williams said: “It’s great — he was a bit unlucky in the Eider Chase and the Somerset National.

“He’s pulled his jumping together. We’ve worked hard on it in the last fortnight, (and) it’s all come together now.

“When he was still bang there, I thought it would be great if he finished second — so I’m delighted he won.”

The Glamorgan trainer was wary of the relatively short break between Potters Corner’s effort in the Eider, also over a trip in excess of four miles less than a month ago, but his bold decision paid off.

He added: “It’s great to win a race like this. I thought it might come two weeks too soon, but we took a chance.

“James (Bowen) is a special talent.”

Potters Corner had not previously won beyond three miles and a furlong.

Bowen said: “He was always travelling well, and just on it. After that, I’d say he would have won the Eider — I rode him differently (this time), and it’s paid off.

“I think I used to send him into his fences too much, asking for big ones. I think that’s why he fell — this was a different race and slower ground.

“At the last today, I was careful and didn’t ask him for a big one. He’s done great and has a big heart.”

Honeyball said of Ms Parfois: “It never looked in doubt she was going to run well. She was lobbing along and travelling in the ground. She got her conditions and was in her element.

“She was carrying a big weight and it was good she ran such a solid race. I thought she was going to win up the straight until it got very hard.

“The owner said keep her in the National, but I don’t know. I think we might just put her away and aim for the Welsh National.”