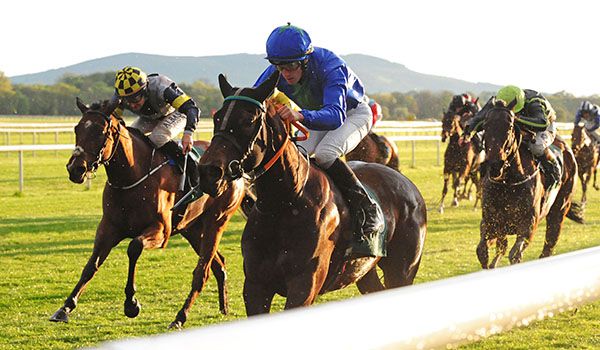 Lethal Promise made a winning return to action at Cork this evening when running out a convincing winner of the featured Goffs Irish EBF Polonia Stakes for Willie McCreery.

The Invincible Spirit filly, owned by the Irish National Stud Racing club, had also been successful on her final start of last season at Listed level.

She was sent off a 6/1 shot on her comeback and travelled particularly well behind the leaders on the near side.

"The speed was on our side and it suited us and she ran a lovely race,” said McCreery.

"The thing with this one is not to disappoint her at all and I thought he gave her a lovely ride.

“She quickened up nicely in the last furlong and the other filly (third placed Nitro Boost has learned to sprint as well.

"The winner is in the Ballyogan Stakes at the Curragh on June 7 and we'll see after that."