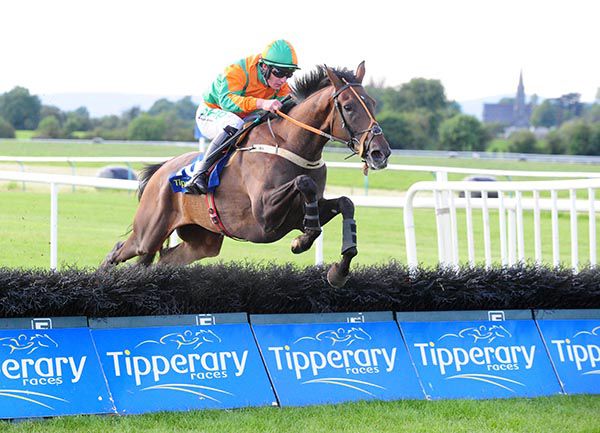 The four year old French bred son of Reliable Man failed to justify favouritism on his latest two starts in Ireland but today raced past favourite and leader Fightfortheroses in the home straight before scoring a six lengths win over that rival.

Afterwards O'Grady stated "I was a little disappointed with him at Roscommon but perhaps the run under his belt and the 2m4f trip today helped him today.

"He seemed to get the trip very well - I always thought he'd want a trip in time but I didn't know it was going to be quite so quick.