Robin starts off over fences at Kilbeggan 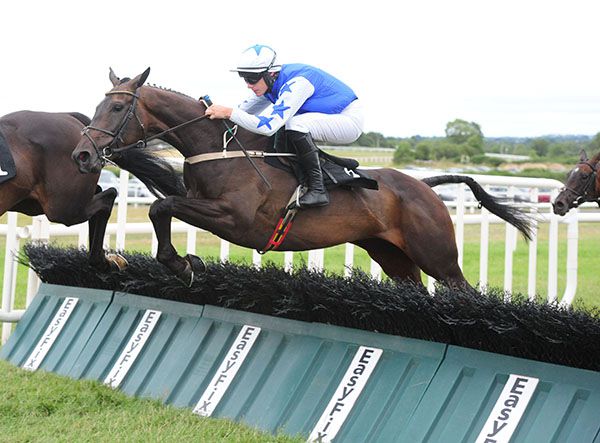 A winner of her only start in the bumper sphere at Ballinrobe, the daughter of Robin Des Champs carried the colours of the Supreme Horse Racing Club to four victories over hurdles last season, a tally that included two Listed triumphs and a Grade Three success.

The Willie Mullins-trained six-year-old suffered a heavy fall at the sixth obstacle on her latest appearance in a Grade One at Fairyhouse on Easter Sunday, but connections are nevertheless looking forward to seeing her tackle the larger obstacles for the first time in public.

Steve Massey, racing manager for the owners, said: “She’s in good form and she’s a mare who likes summer ground.

“She won her maiden hurdle at Kilbeggan, so we know she likes the track, and she’s schooled well at home.

“She’s a black type mare over hurdles, so if she can go on and get some black type over fences to go with it, that would be great.”

The four-year-old finished second on his two most recent outings over hurdles before the turn of the year and he is race-fit after a couple of spins on the Flat in April.

Recent winners Dolly Dancer (Emmet Mullins) and Gotthenod (Dot Love) do battle in the Bloomfield House Hotel Mares Hurdle, while the most valuable race on the card is the 30,000 euro Kilmurray’s Homevalue Hardware Mullingar Handicap Chase.

The Jeremy gelding has not been seen in competitive action since finishing tailed off and lame when favourite for the 2018 Goffs Land Rover Bumper at the Punchestown Festival.

However, it is noteworthy connections have persevered and any market confidence could prove ominous for his rivals.