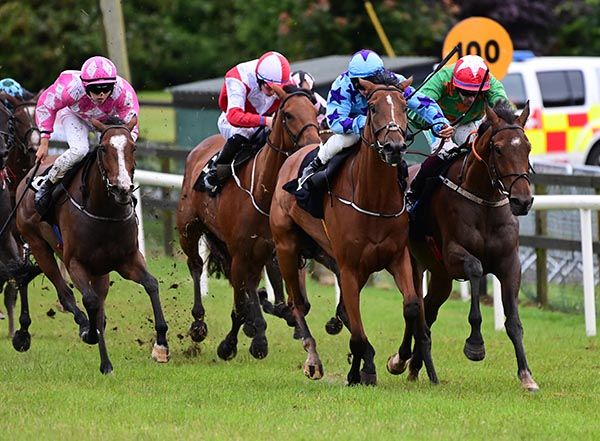 The Fascinating Rock gelding, touched off in a similar contest at Thurles in the autumn, was settled in md-division on the outer before starting to make headway from the top of the hill. He gave chase to the McConnell pair Duleek Street and Magi Gal racing towards the final furlong and got past the former in the closing stages for a half length victory. Magi Gal was two lengths further back in third with Rodney Bay completing the frame.

Winning rider Mark Enright said: "I think he enjoyed that ground. He's a big horse and he actually enjoyed it around there. The slow ground helped him. It is a little bit watery so the whole way around I was just trying to keep him out, get him in a nice rhythm.

"I panicked a little bit about 100 yards from the road, i just didn't think he was picking up like I thought he would. Look he's got to the line well.

"It's great for Eoin and the (Suir Valley) syndicate. It is a long time since I rode a winner for Eoin Doyle, so I'm delighted to get one. He might give me a few more rides now!"