Ruby on the mark on first Stephen's Day visit to Patrickswell 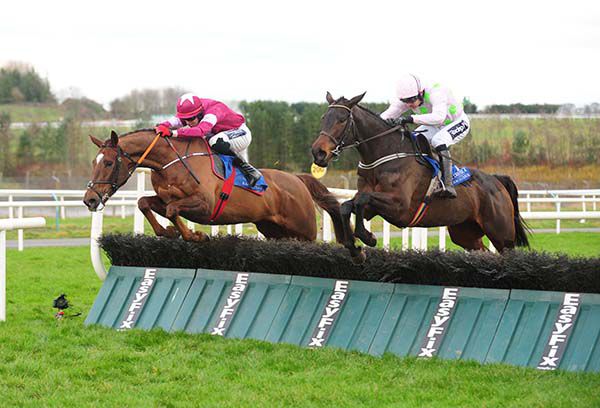 Salsaretta chased Felix Desjy for much of the race and while she was under pressure to close with half a mile to race, found plenty in the home straight and eventually jumped to the front at the final flight before scoring a three nad a half lengths won, over Felix Desjy.

Walsh was experiencing his first ever visit to the Patrickswell venue on St Stephen's Day and following the race said “she did it well. Felix Desjy got racing early and poached a fair bit of a lead on me passing the stands but you can't chase them in the back-straight here because it is uphill and you have to wait until you get to the top of the hill to get racing.

“I was a bit worried coming down the hill but in fairness to the mare she kept going well and he (Fleix Desjy) fell in a hole between the last two and pair a price for his exertions.”

He added “we'll see later on (with Getabird in the Grade 1 chase) if I made the correct decision by coming here but the last time I rode at Limerick on St Stephen's Day (1996) the racecourse was in the city!”