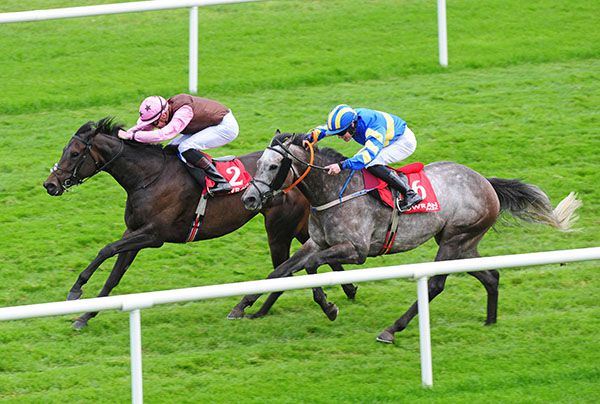 Tuamhain repelled the late charge of Conversant to land the second division of the apprentice handicap at Gowran under last year's champion Shane Crosse.

The Joseph O'Brien-trained filly hit the lead over a furlong from home in the mile contest but was strongly pressed inside the final furlong.

Conversant was a big threat in the closing stages but 12/1 shot Tuamhain stuck her neck out to score by half a length.

The daughter of Mayson had won twice for the yard last season but was well held on four previous runs this term.

The winner is owned by the Wait For Us Syndicate and assistant trainer Brendan Powell said:-

"Her last win was off 2lbs higher but she loves this ground and has been freshened up having had a few quick races.

"It's great for the guys (Irish rugby internationals Conor Murray and Keith Earls from the Wait For Us Syndicate) who are playing Japan in the World Cup at the weekend."