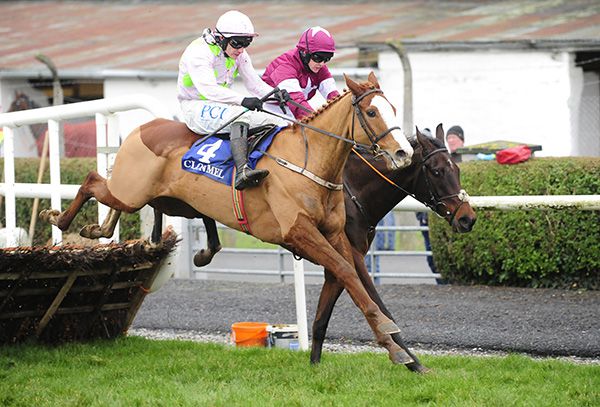 There was a most unfortunate conclusion to the featured Munster Hurdle at Clonmel where odds-on favourite Tiger Tap Tap took the honours.

For Willie Mullins and Paul Townend Tiger Tap Tap added to his Naas gains from just over three weeks back, taking the measure of Insult from the last.

That fellow soon injured himself and was pulled up quickly as Tiger Tap Tap raced on to account for his other rivals, Ferocious and Rightplacerightime by twenty three lengths and seventeen lengths.

"It was unfortunate what happened the other horse (Insult, died following a suspected heart attack) but these things happen," said David Casey on behalf of Mullins.

"When it gets heavy here it can get bad and Paul definitely said the ground was too soft for him. Other than than he seemed to have the measure of the other horse and he is entered in a couple of those big handicap hurdles.

"He jumps quick and they went slow on that ground which wasn't ideal for him but he has got his head in front twice now and it will give him confidence and we'll hope to build on it."