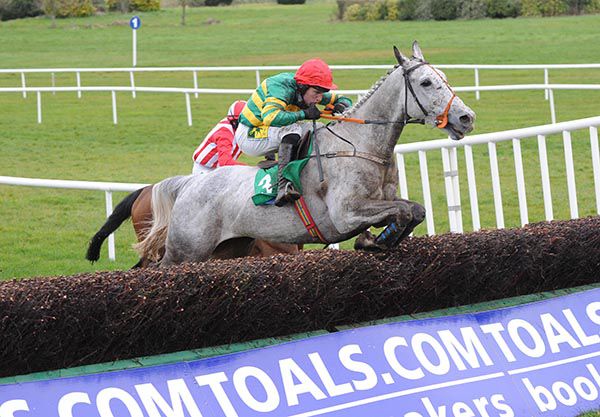 Jody McGarvey produced his mount to challenge three from home in an eventful contest for the three-miler.

Tom Mullins' charge settled down to fight it out with Young Paddymc after the second last and gained a narrow advantage going to the final fence.

The JP McManus-owned gelding stayed on best on the run-in to secure a three-and-a-half length victory, opening his account over fences in the process. He was recording his first win since October 2016.

Mullins said afterwards:- “He’s been frustrating, and needs a few tweaks and massages between runs.

“We fancied him at Naas two runs back but he jumped desperate, and the last time in the Leinster National a few horses crossed him at the first and he was never travelling after that.

“He was a different horse today. He travelled sweetly all the way, although he did make a mistake at the middle fence down the back but he kept jumping well after that.

“I’m delighted that he’s back to form. A penalty for that win should put him into the Irish National and that’s probably where he’ll go now.”