Shark aims to strike in Down Royal feature 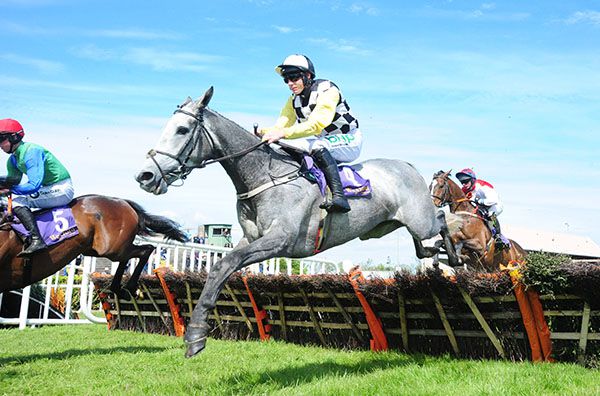 The Irish Stallion Farms EBF (Fillies) Handicap is the feature race at Down Royal — where the 25,000 euro race is topped by Willie Mullins’ hat-trick-chasing Great White Shark

The five-year-old mare won twice on the Flat when trained by James Fanshawe in 2017.

After taking four attempts to open her account over hurdles, she has won her latest two starts over jumps and — back on the Flat on Friday — bids to extend the sequence.

Jockey Colin Keane is a notable booking — and Great White Shark should go close from her rating of 83, with a hood applied.

The Padraig Roche-trained Walking On Glass will be a popular choice in the Executive Marquees Handicap, having shown improved form to win at Navan on May 18.

The son of Big Bad Bob has been penalised 10lb for that success but runs over a similar trip here and looks the type to maintain progression in handicaps.

Jarlath Fahey’s Lyrical Attraction has solid claims from a good draw in stall three for the Kaizen Brand Evolution Handicap.

The three-year-old filly has form figures of ‘3121’ this year — and although competing from a career-high mark of 66, she should get involved at the business end again.