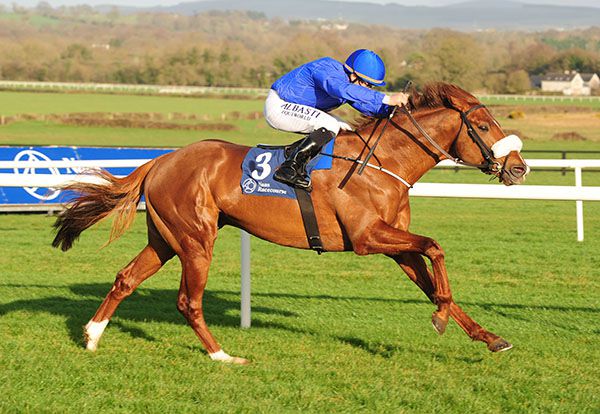 Still Standing continued his progression on his return to action as he pulled clear late on to claim the Devoy Stakes in good style at Naas.

Jessica Harrington's charge had won four of his seven outings last season and was sent off 9/4 favourite as he tackled Listed company for the first time on his comeback run.

Shane Foley's mount claimed the front-runner Tiger Voice over a furlong from home and really started to motor in the closing stages as he recorded a three-and-a-half length winning margin. Hazel Bay stayed on to take second while one-time classic hope Amedeo Modigliani was third on his return from a long absence.

Harrington said:- “He just loves that ground. He still won last year on ground he hated. He hasn’t really had that ground since he won here as a two-year-old.

“He’s won a Listed race now, and he’ll come back here for the Alleged Stakes.

“He’s already won over a mile and three and we’d be quite happy to step up to a mile and a half.”