State gets head in front 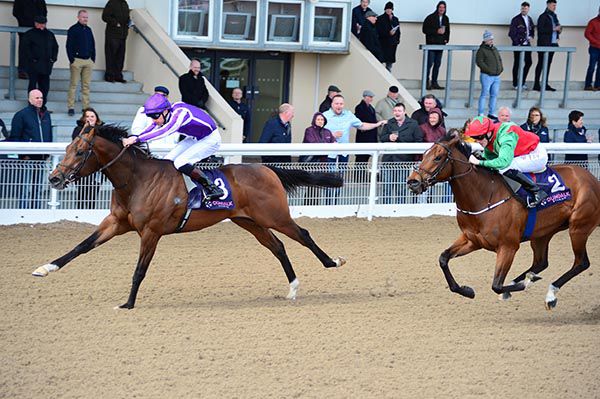 The Ballydoyle colt had been placed on four of his six previous runs and got his head in front in the five-furlong contest.

Donnacha O'Brien tracked the front-running Mistress Of Venice on the 4/6 favourite before asking him for an effort a furlong-and-a-half from home.

The Scat Daddy colt got on top inside the final 100 yards to record a length-and-a-quarter win.

“Billy's horse rubbered along there and was probably giving him everything she had early. My horse travelled well, I was comfortable and I was happy when I got stuck into him he'd find a length or two,” said the winning rider.

“After that I'd nearly say six might be his optimum trip. I travelled but I wasn't hard on it early.

“The wind is behind us jumping out of the stalls and then is left to right in the straight. It probably suited me as I got a little bit of cover on my left.

“He'll probably go for a handicap somewhere. He's not world beater but it was nice to get a win into him.”