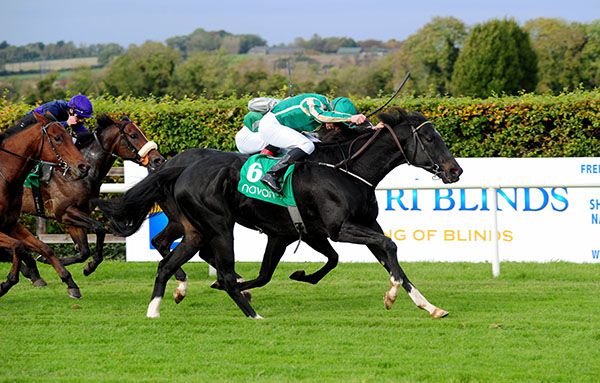 The Johnny Murtagh-trained Shore Step proved tough in front to claim the spoils in the first of the five furlongs handicaps at Navan this afternoon.

Shane Kelly bounced out into the lead on the easy-to-back 16/1 shot (6/1 this morning) and he responded well when tackled in the closing stages. Aloysius Lilius came to join him passing the furlong pole and the pair had a good battle with Shore Step finding more close home to record a half-length success.

The winner had just been held by a neck by Plough Boy on the sand at Laytown last month.

Shane Kelly said afterwards:- “I thought he might run a good race today if everything went well.

“He travelled and it’s just a matter of keeping him interested. He has loads of ability and that’s his level.

“When he gets a bit too high (in the ratings) he’s not able to get competitive and he starts sulking a bit if he can’t get to the front but everything worked out fine today.”