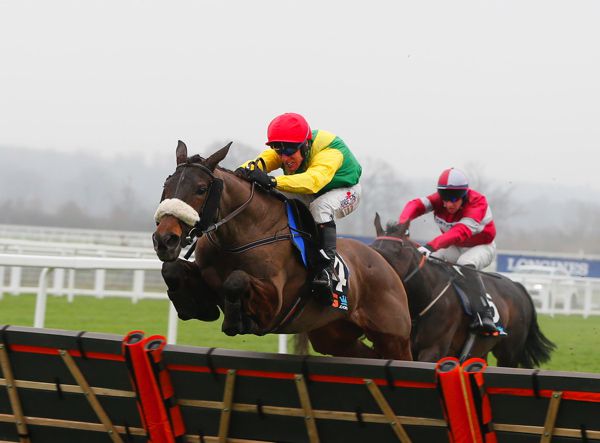 Irish raider Magic Of Light bids for a third successive victory on British soil in the feature event at Huntingdon on Friday.

Jessica Harrington’s charge dominated her rivals in a Listed event over fences at Newbury last month and successfully switched back to hurdles when landing a Grade Two prize at Ascot last Saturday.

Having remained in Britain since, Magic Of Lights reverts the larger obstacles for the Pertemps Lady Protectress Mares’ Chase and Harrington is hopeful she can complete her hat-trick in the hands of Robbie Power.

Harrington said: “She’s been a star for us this season and she’s back in action again here.

“She’s been staying with Paul Webber this week and I’m told they’re delighted with her. I’ve seen pictures of her and she looks great, so fingers crossed she runs well again.

“These races are never easy to win, so we’ll see what happens.”

King said: “She’s been in great form this season, winning each of her three starts.

“She’s had a bit of a break and freshened up ahead of this race and she seems in very good form.

“We weren’t banking on Mr Elliott and Mrs Harrington having runners, but I think the track and trip and everything will suit our mare and if she can pick up a bit of black type, that would be great.”

Magic Of Light is one of two runners on the card for Harrington, with Not Many Left declared for the Pertemps Network Group Handicap Hurdle.

The six-year-old is making his handicap debut in what is a qualifier for the Pertemps Final at the Cheltenham Festival in March.

Harrington, who will be making the trip to the Cambridgeshire venue, added: “He’s in good form and we’re trying to get him qualified for Cheltenham.”

Meanwhile Bint Chattleya is set to go for James Barrett and Danny Mullins at Doncaster, whilst Adrian Keatley is due to have three runners at Newcastle.

Graham Lee will be aboard all three of these - Compton's Finale, Joza and The Mcgregornator.