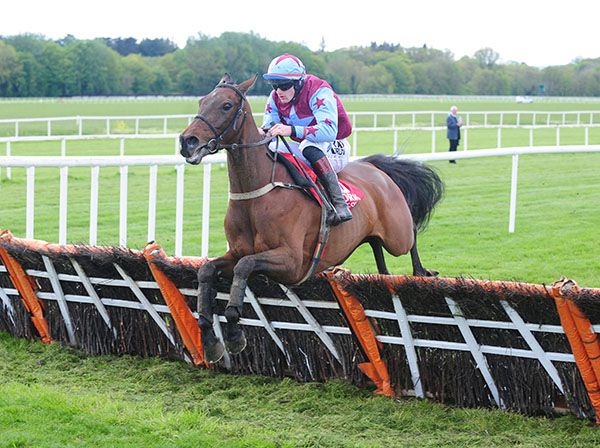 The daughter of Scorpion already had point-to-point and bumper wins to her credit and was sent off here a well-supported 9/4 chance.

Another few rivals where hampered in the incident and all this left Sunrise Lady with a clear lead.

She drew right away under Ricky Doyle between the final two hurdles, and was eased on the run-in to beat Tropical Stream by 12 lengths.

Kevin Brouder (leg injury) and Cathal Landers (facial injury) were both stood down and taken to Cork University Hospital for further assessment.

O’Dwyer said, “She’s been unbelievably consistent. Those mares’ races are not easy to win. She was also in at Sedgefield on Tuesday but when I saw the declarations yesterday I decided to come here.

“You very rarely get a 16,000 euro mares’ maiden with just seven runners, and then two of the fancied ones tipped up as well. Everything went our way.

“It’s great to finally have that done and she’ll go chasing now. She has a point-to-point, bumper and hurdle won now.

“She goes on any ground but I wouldn’t chance her on rock hard or on heavy. She’s a good solid genuine mare, and hopefully if we could win a chase with her now she’d be some mare to go breeding with.”