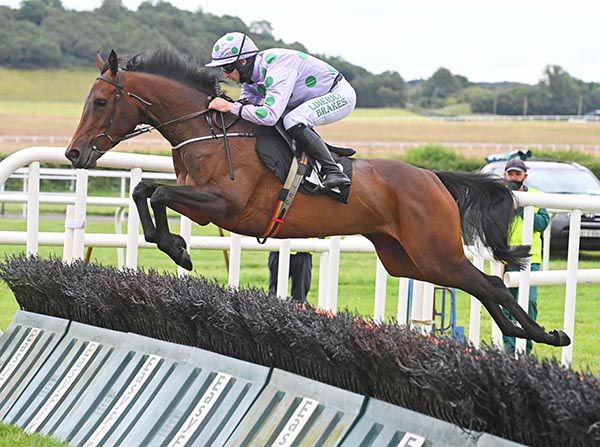 Famed tenor Dr Ronan Tynan saw his colours carried to another success when Whosgotyanow made a winning debut for the Andy Slattery yard in the Tom McCormack Memorial Cup Mares Maiden Hurdle at Kilbeggan.

Slattery has been doing well with Pineapple Express for Tynan, and ex-Henry de Bromhead inmate Whosgotyanow did this nicely from the front in the hands of Cathal Landers.

Slattery’s brother and assistant trainer Willie said: “Her run in Fairyhouse left her a certainty here.

“To be honest she doesn’t kill herself at home. During the winter we would take her away for a piece of work on grass but on the all-weather she doesn’t show a lot.

“That’s gorgeous ground and she struggled on heavy ground in a bumper at Gowran. We’ll try and find a winners-of-one for her.”

The Irish Horseracing Regulatory Board Veterinary Officer examined What Wonders Weave trained by John Joseph Hanlon, at the request of the Stewards and reported the animal to be lame post race.

The Irish Horseracing Regulatory Board Veterinary Officer examined Iluvyounow trained by W.J. Burke, at the request of the Stewards and reported the animal to be post race normal.

John Joseph Hanlon, trainer of What Wonders Weave, reported to the Clerk of Scales that his charge was lame post race.

Good World scooted right away from the opposition for a decisive victory in the three mile handicap hurdle at Tipperary.