Tisamystery in the mix for Down Royal feature 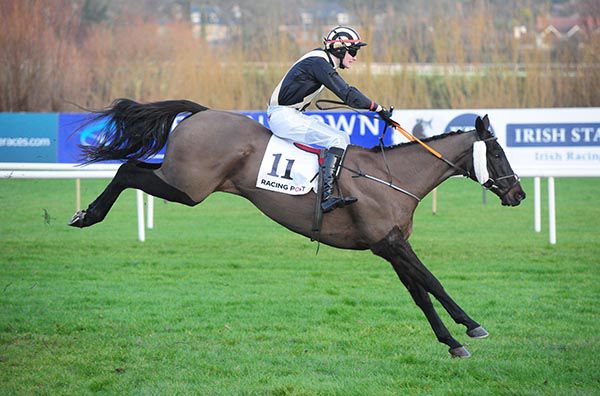 Tisamystery can set the standard in the Daily Mirror Handicap Steeplechase at Down Royal.

Henry de Bromhead's 11-year-old gelding has been freshened up after cutting little ice in an ultra-competitive Grade B handicap chase at the Dublin Racing Festival in February.

Prior to that, he won a handicap chase in Leopardstown by six lengths - and looks the one to beat in this company on Monday. Crazyheart s consistency should see him in the hunt for more prize money.

Jim Dreaper's Sizing Rome is an interesting participant in the Belfast Live Hurdle over three miles after his two victories over fences.

Perth winner Count Simon steps up in trip for Gordon Elliott — who also runs Ravenhill successful in half of his six hurdle races.

Both are starting out over the bigger obstacles, and a good battle is anticipated.

He is unbeaten in four races between the flags, and should take plenty of stopping in the Club Mixers Hunters Steeplechase.

Noel Meade appears to have found a good opportunity for Calicojack in the Pepsi Max Opportunity Maiden Hurdle.

Market moves for the Joseph O’Brien-trained newcomers Ellipsism and Wayfarer would be significant, though. Oromo was a wide-margin winner at Perth last month and has prospects of following up in the London Essence Company Handicap Hurdle.