Tizzard and O'Brien win the Tolworth with Elixir 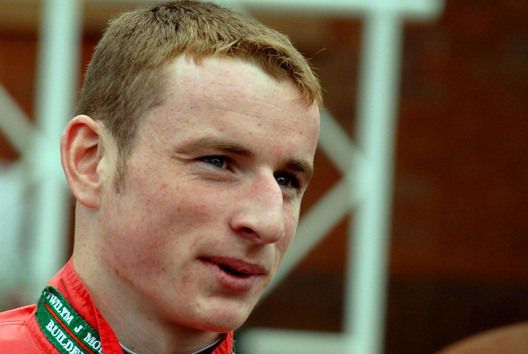 Elixir De Nutz ground out a game all-the-way success to take Grade One honours in the Unibet Tolworth Novices’ Hurdle at Sandown.

Colin Tizzard’s five-year-old — wearing the familiar yellow and black colours of owner Terry Warner — kept up the gallop to see off his four rivals in the hands of Tom O’Brien.

Elixir De Nutz (3-1) put in a good round of jumping and found plenty when tackled by Grand Sancy in the closing stages to score by half a length.

The disappointment of the race was the Nicky Henderson-trained 6-5 favourite Rathhill, who made a mistake early on and was struggling from some way out.

Elixir De Nutz was completing a hat-trick following two wins at Cheltenham and was cut to 14-1 from 20-1 for the Supreme Novices’ Hurdle with Betfair and Paddy Power.

Tizzard said: “He has toughed that out again today. Going from the front like that, you have got to be tough. He jumps his hurdles and is away from them so fast. If we held him up I don’t know whether he could do that.

“That is the beauty of him — the way he crosses a hurdle he takes a length out of them every time. If he folded today in second no one would blame him, but he is a tough old boy and has had a hard race today.

“Terry said when he sent him to me he is the best horse he has had for a long time. He has surprised us as he is not that brilliant at home. We’ve had him for four runs, three wins and one second, and he is just a very nice horse.

“I wouldn’t think there is any chance of him running between now and Cheltenham, as he has had a tough old race today. He has had four runs already this season and it would be nice to save him for the three festivals later on.”

Grand Sancy’s stablemate Southfield Stone was third, and Harry Derham, assistant to Paul Nicholls, said of the Ditcheat pair: “I’m delighted with both horses and I would say both have run career bests.

“Both will have a little break now then we will look at something in the spring. I’m sure in time both will end up over further. Grand Sancy might be one for something like the boys’ race (Martin Pipe Conditional Jockeys’ Hurdle at Cheltenham).

“Southfield Stone has run a massive race, a massive step up on what he has done before.”

Henderson said of the beaten market leader: “He was just a bit naive about the whole thing. He wasn’t very happy on the ground, but he was just playing around in the air. He didn’t have the experience for it.

“He has had one hurdle race in his life. We thought he did it well at Newbury, but it is one thing beating a whole load of maidens. Passing the stands the first time, Barry (Geraghty) said he was all up in the air and jumping too big.

“He has got a lot of learning to do."